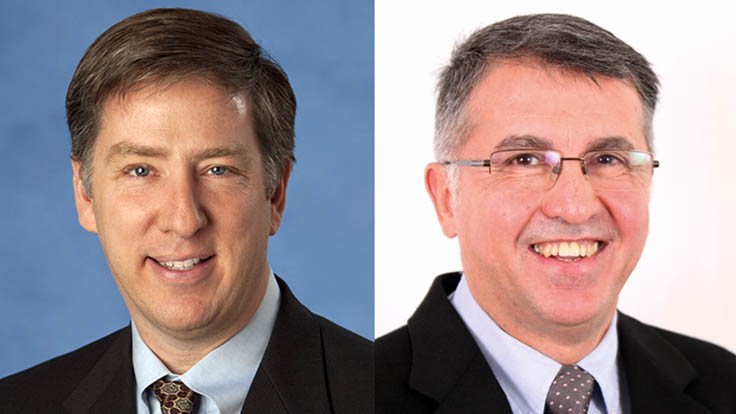 Ron Baur brings to Embraer over 25 years of experience acquiring mainline and regional aircraft for one of the largest airlines in the world. Prior to joining Embraer, Ron held positions of increasing responsibility in Operations and Finance at Continental and United Airlines culminating as the Vice President of Fleet at United Airlines. During Ron’s tenure, he managed a fleet of more than 1,200 mainline and regional aircraft and justified the acquisition of more than 750 new aircraft. Ron was responsible for launching aircraft such as the Boeing 787, 737-900ER, 737MAX10, Airbus A350-1000 and enhanced Embraer E175. Since 2016, he has been Board Member of Wings Club, an association based in New York that brings together leading professionals from the aviation industry.

Hussein Dabbas joins Embraer bringing 40 years of solid experience in corporate aircraft and airline business, having held several global leadership positions. At Royal Jordanian Airlines as Chief Executive Officer, President and Board Member, prior to that he managed all commercial and passenger activities, including Marketing and Sales, Airport and inflight Services, Catering and Product. As Regional Vice President for Africa and the Middle East at International Air Transport Association (IATA), he helped to promote and protect the interest of the air transport industry. He has been Board Member and Vice Chairman of the Arab Jordan Investment Bank.

“I am delighted to welcome Ron and Hussein to the team. They will bring a wealth of airline industry experience which will further enrich our global marketing and sales team and help create the best solutions for our customers,” says Arjan Meijer, Chief Commercial Officer.