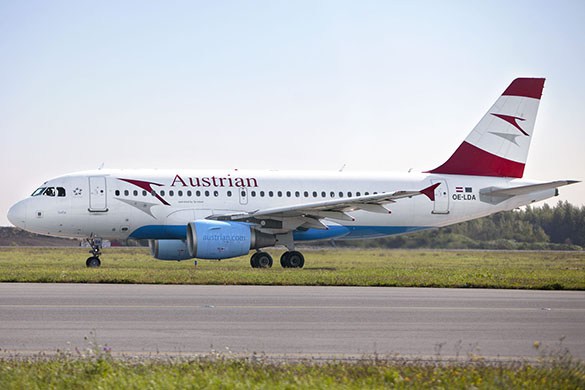 UTC Aerospace Systems is a major supplier for the E2 jet, providing numerous new systems for the re-engine aircraft. The E190-E2 is one of three new airplanes that comprise the second generation of Embraer’s E-Jet family.
“Embraer has been our valued customer for many years, and we are delighted to join them in commemorating this exciting milestone,” said David Gitlin, President of UTC Aerospace Systems. “We are fully committed to supporting the E2 family of airplanes through entry into service and beyond.”

UTC Aerospace Systems has been chosen by Pratt & Whitney as the exclusive nacelle provider for both engine models for Embraer’s E2-Jet aircraft. The E2-Jets will be equipped with Pratt & Whitney’s PurePower® Geared Turbofan™ PW1700G and PW1900G engines that include UTC Aerospace Systems engine controls. Designed and manufactured to leverage the latest in composite technology, the nacelle systems will directly contribute to significant reductions in fuel burn, emissions, noise and operating costs.
UTC Aerospace Systems has also been selected by Embraer to be the sole source supplier of wheels and carbon brakes for the E2 aircraft family, the electric system which comprises electric power generation, emergency power generation, primary power distribution and secondary power distribution, as well as fire protection, evacuation systems and air data systems.