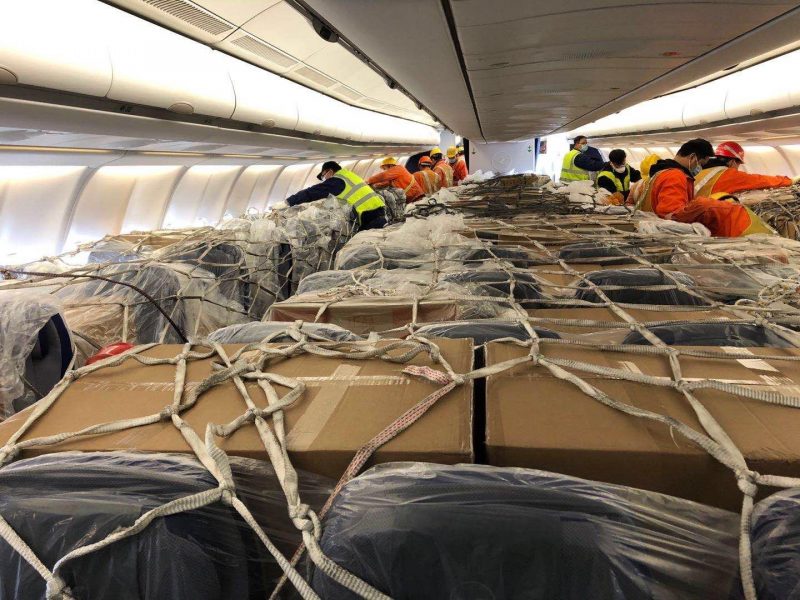 However, these approvals and exemptions ended on July 31 after the EASA said it would put an end to the practice in April.

The approvals and exemptions were time-limited. The EASA extended the rules in August 2021, but said in April it would not extend the timeframe again.

The decision to allow cargo-in-the-cabin flights followed the grounding of passenger aircraft at the start of the pandemic and the subsequent high demand placed on freighter aircraft.

In addition to the use of cargo-in-the-cabin flights (with seats in place and seats removed) the pandemic also saw a number of airfreight stakeholders invest in passenger to freighter aircraft conversions.

However, passenger operations – and therefore the availability of bellyhold capacity – are beginning to ramp up while the need to transport urgent pandemic-related cargo such as PPE has eased.

The EASA said in April that it “has concluded that the logistical challenges that arose in 2020 as a result of the Covid-19 crisis no longer exist to the same extent”.

While the EASA has ended cargo-in-the-cabin flights, it’s not clear what authorities elsewhere are planning.

Earlier in the year, it appeared that some companies were still investing in CIC solutions.

For example in April, AELF FlightService announced its fifth Airbus 330-200 was flying in PAX-freighter configuration with seats removed.

However, other airlines had begun to wind these operations down. In May, Air Canada operated its final cargo-in-the-cabin preighter flight with the plan to return its temporarily converted fleet of B777s and A330s to passenger service.