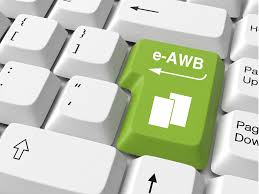 The latest e-AWB statistics show that penetration slipped to 48.5% in January compared with 49.2% in December last year.

The volume of e-AWBs processed down in the month, with the industry using 639,582 e-AWBs in January compared with 687,774 in December.

The industry aims to have reached an e-AWB penetration level of 62% by the end of the year. It is not the first time e-AWB usage has declined – in March last year there was also a decline.

As part of the process to encourage further e-AWB adoption by airlines and forwarders, IATA has launched an e-AWB implementation playbook in pdf format, which presents the different steps to go through for successful implementation.

The historic challenges to e-AWB implementation remain and include such factors as e-AWBs are not possible in all airports and all trade lanes due to regulatory limitations.

E-AWB procedures are not harmonised between freight forwarders, airlines and ground handling agents in key airports where e-AWB is live.