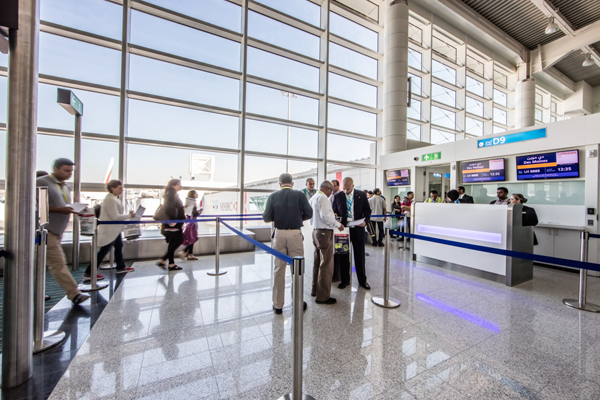 According to the latest data, Dubai International Airport has recently a new record, with the total number of travellers passing through its terminals hitting 8.37 million in August.

DXB welcomed six new scheduled passenger airlines in 2017, while home-based carriers Emirates and flydubai added 3 and 10 new passenger destinations and increased frequency/capacity on 31 and 22 routes, respectively.
The visitor numbers recorded about two months back surpassed the previous year’s data by more than 100,000 passengers.
In August last year, the airport served 8.23 million travellers.
A ranking by Airports Council International showed that Dubai continues to stay ahead of the pack in terms of passenger traffic.
Nearly 90 million people passed through Dubai International in 2017, up by 5.6 percent from a year earlier, making it the busiest hub for international travel for yet another year.
Paul Griffiths, CEO of Dubai Airports, said the latest data showed that Dubai International has achieved another milestone.
“It’s another milestone for Dubai Airports as we continue to break records and set the bar even higher,” he said.
The airport has just celebrated its 58th year in the aviation industry. Since it opened its first runway last September 30, 1960, the airport has served more than 900 million flyers.
Griffiths said the latest passenger numbers “speak volumes” about the airport’s growth.
India continued its domination run as the single largest destination country for DXB with 12,060,435 passengers in 2017, up 5.4% compared to 11.44 million in 2016. G
“Our aim is to continue pushing the boundaries on experience and provide customers with the best possible service,” said Griffiths.
“We are making progress on the front as well with shorter queue times, world-leading [food and beverage] and retail and other touches like spas, swimming pools and trampolines that help us stand out from the crowd,” he added.
High traffic volumes averaging 7.35 million passengers per month throughout 2017, including the record months of January, July and August when traffic breached the 8-million passenger mark, propelled passenger throughput.

India topped the list of destinations for travellers passing through Dubai International, recording a total traffic of 1,012,124 in August.
Saudi Arabia came second with more than 613,000 passengers, followed by the United Kingdom with more than 603,000.