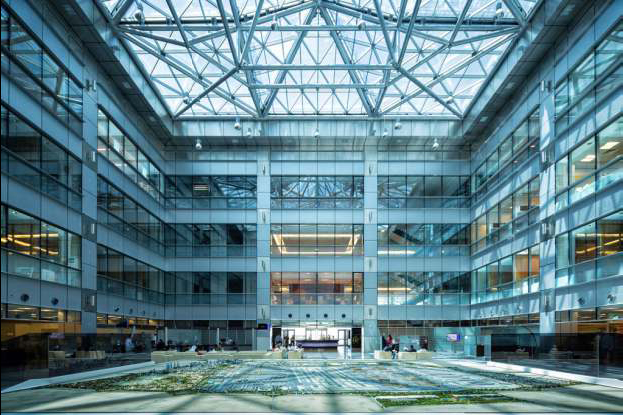 DUBAI : Engineered to be the world's future aviation capital

Dubai South, a multi-phased urban development covering 145 square kilometers, is designed to handle up to 220 million passengers at the Al Maktoum International Airport and 16 million tons of cargo every year. The airport city will also house a Dh25 billion (about USD7 billion) residential zone, a free zone business park, logistics and cargo district and the exhibition site being built to host Expo 2020 Dubai.

Three years ago in January, Dubai International (DXB) made history when it officially took over from Heathrow Airport the title as the world’s busiest airport for international passengers.

This year, DXB’s passenger traffic reached 1 billion. It marked the occasion with a warm welcome to the family of nine-year-old Arjun who was adjudged the billion the passenger to arrive in Dubai. The family of four, who came from Orlando, Florida via Emirates flight EK220, had been given a luxurious vacation package during their stay.

Founded on September 30, 1960, it took DXB over 51 years to reach its 500 millionth passenger on December 31, 2011. Remarkably, the additional 500 million passengers came within just seven years.

“The billionth passenger has flown through Dubai International Airport, marking a new phase in its journey towards a bright future. One billion passengers have made DXB a part of their personal story and helped shape Dubai into a global hub,” His Highness Sheikh Mohammed bin Rashid Al Maktoum, Vice President,

Prime Minister and Ruler of Dubai was quoted in the media as saying. 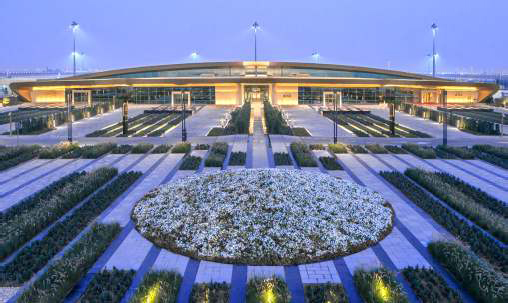 “We are not building the largest airports in the world. We are building the aviation capital of the world,”Sheikh Mohammed previously stated highlighting Dubai’s capacity to reinvent aviation with new products, technologies and services.

Dubai South is the emirate’s answer to this vision. With total investment of US$70 billion, this multi-phased urban development covering 145 square kilometers is the site for the Al Maktoum International Airport which is designed to handle up to 220 million passengers and 16 million tons of cargo every year once fully completed.

It will also house a Dh25 billion (about USD7 billion) residential zone, a free zone business park, logistics and cargo district and the exhibition site being built to host Expo 2020 Dubai . In all , Dubai South is envisioned to create 500,000 jobs.

“We have the mandate from His Highness Sheikh Mohammed to turn Dubai South into the aviation capital of the world by building soft and hard infrastructure above and underground. To ensure ease of doing business and the smart way to do business by offering consolidated solutions in one location. This mandate is very important because
28 percent of our GDP comes from aviation,” explained Al Falasi.

By 2025, Dubai South is forecast to generate over 35 percent of Dubai’s GDP.

Dubai South Aviation District is divided into four business verticals—General Aviation which is home to the VIP Terminal, hangars, fuel farm, catering, ground handling, helicopter operations; Maintenance and Technical Support which includes a paint shop, the MROs and the aero space supply chain ; Commercial, which has retail & hotel and the exhibition area; and an Education and Training vertical that hosts the Emirates Flight Training Academy, simulators and different universities and vocational training institutes.

Dubai South Aviation District added last year the Suppliers Complex which caters to small and medium enterprises in the aviation and aerospace industries, specifically the MRO sector. With a budget of US$55 million for 2018, the Complex and two aerospace supply chain buildings were built, designed to allow for easy and quick start-up for related companies. 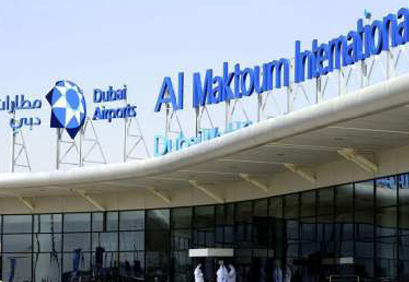 In the Middle East, the industry is also projected to grow bigger with spending for MRO by major airlines reaching US$10.2 billion in 2027 from only US$5.6 billion in 2017.

“Two more global universities are coming. Construction for their facilities will start in 2019,” shared Al Falasi. “There is a great shortage for aviation professionals in this region.

The Aviation District is also home to at least five FBOs catering to VIP passengers.

ENOC Group, which supplies jet fuel to DXB through two jet fuel pipelines, recently announced the 16.2-km jet fuel pipeline to the Al Maktoum International Airport will be fully operational in the first quarter of 2020 in time for Dubai Expo 2020 to support infrastructure, assuring seamless jet fuel supply to the airlines.

Upon completion, the pipeline will carry 2,000 cubic meters of jet fuel per hour to Al Maktoum International Airport, helping meet the demand for aviation services from a significant proportion of the international visitors to the Expo.

Set to meet the demand for jet fuel at Dubai Airports up until 2050, the pipeline will be equipped with state of-the-art safety features including a leak detection system, complete automation control and quality control, among others.

Reaching two thirds of the world within just seven hours, Dubai’s access to many key destinations in Europe, Asia, the Middle East and Africa is unparalleled. And this gives businesses at Dubai South the edge to deliver goods and services quickly and efficiently.

“This remains the gateway to the Middle East, Africa and a third of the world’s population within a four hour flight radius and two thirds of the world within seven hours,” Al Falasi said.

“We move cargo in four hours. It used to be 16 hours,” Al Falasi noted, adding that Dubai South Logistics District offers connectivity on land, sea and air to ensure the best possible results in transporting goods. “The speed of doing business is how we differentiate ourselves
from the rest.”

Strategically located next to the Al Maktoum International Airport, Dubai South Logistics is also connected to the Jebel Ali Port, the busiest port in the Middle East and 8th across the world with 150 shipping lanes, in addition to having direct access to the UAE’s main trans emirates highways.