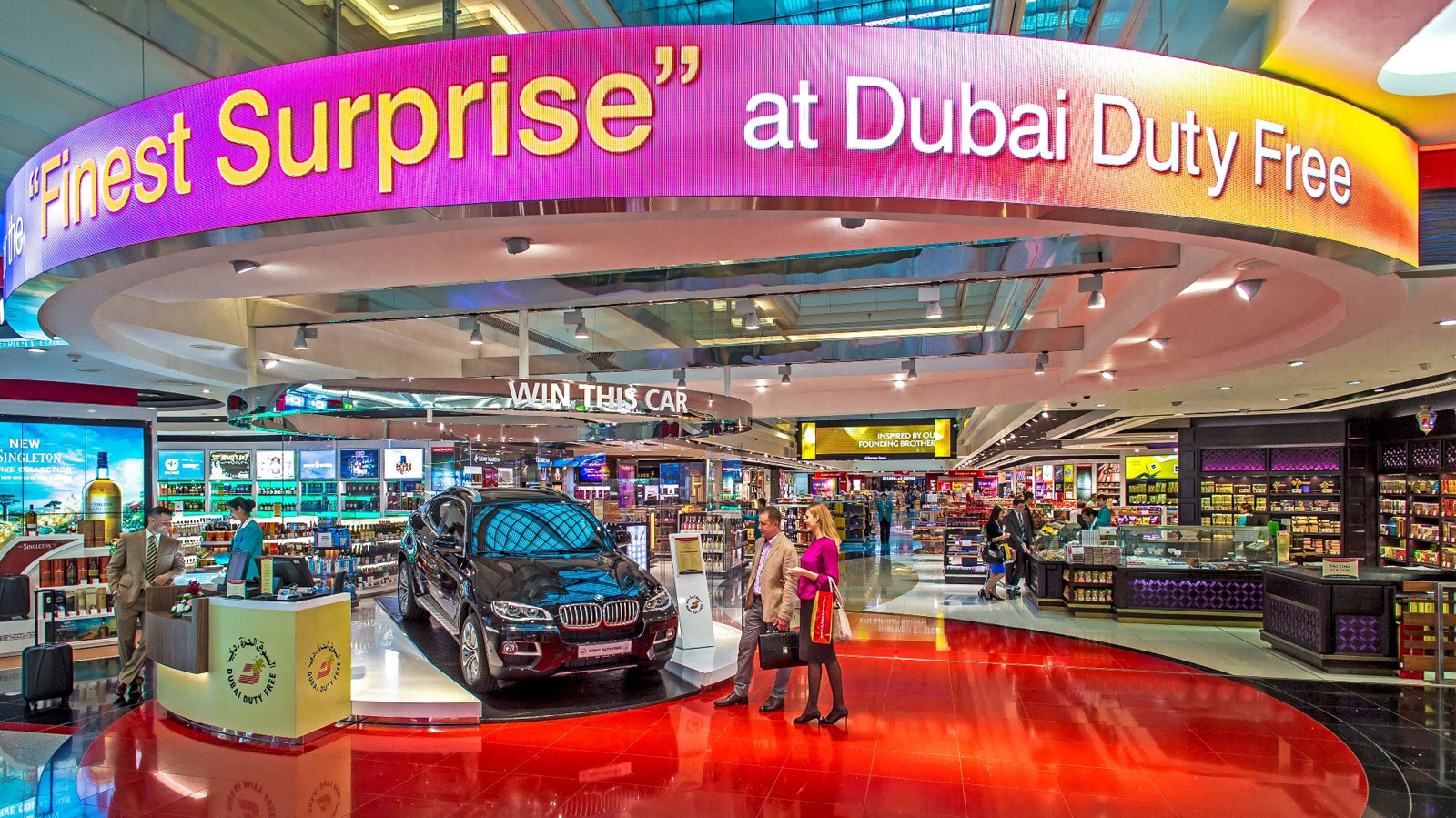 The New Year began on a high note for Dubai Duty Free as the group, which incorporates the airport retail operation and its Leisure division, announced turnover of Dhs7.057 billion (US$1.933 billion) for 2015.

The figure includes Dubai Duty Free sales, which reached Dhs6.892 billion (US$1.888 billion) for the year.
Dubai Duty Free, which operates at both Dubai International Airport and Al Maktoum International recorded its highest sales for the year in December 2015 when figures reached Dhs721.87 million (US$197.77 million). The December sales were fueled by Dubai Duty Free’s 32nd anniversary celebrations when the operation offered a 25% discount across a wide range of merchandise from the 18th-20th December and recorded Dhs100.20 million the 72-hour period. Over the three days, the cash registers recorded a total of 402,000 sales transactions with nearly 207,000 sales transactions alone on 20th December.

Reflecting on the year at Dubai Duty Free, Colm McLoughlin, executive vice chairman said: “Overall, it has been a very good year and I would like to thank H.H. Sheikh Ahmed bin Saeed Al Maktoum, President of Dubai Civil Aviation Authority and Chairman of Dubai Duty Free, for his ongoing support and I join His Highness in thanking our great team of staff, our suppliers and of course our customers, who are fundamental to our continued growth.
“There is a lot to look forward to in 2016, including the opening of Concourse D at Dubai International, which is a fantastic facility that will be very well received. We have a 7,000 sq metres retail operation in Concourse D and will be introducing some new brands and concepts there.”

Departure sales, which account for 87% of the total annual sales reached Dhs5.989 billion (US$1.640 billion), while Arrivals sales showed a 6% increase over last year and accounted for 11% of the total annual sales. Moreover, Terminal 2 recorded an 18% increase in sales over last year to reach Dhs639.52 million (US$175.21 million).
While the successful running of the retail operation is a major focus for Dubai Duty Free, it has received over 500 awards to-date which bear testimony to its retail success.