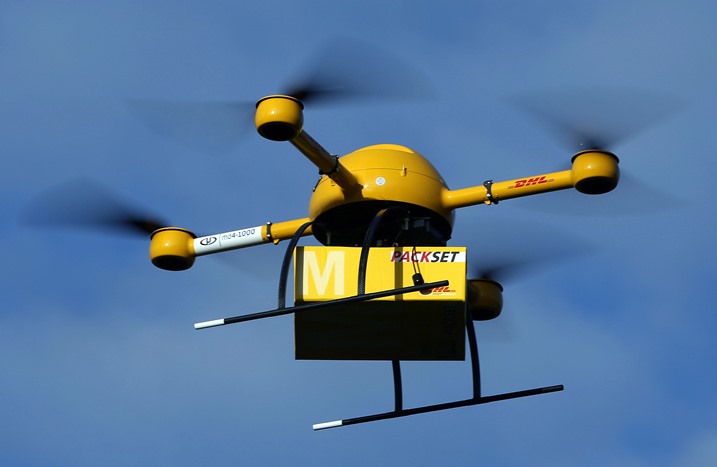 Drones taking over air cargo industry to another level

The internet and technology have changed the way people shop, sell and pay with the introduction of online shopping for different stores—small and large—as well as independent entrepreneurs trying to make a living through their websites.

With speed a key issue for delivery, the air cargo industry was taken to a new level with the use of drones to deliver packages at quicker pace than normal freight schedules.
International e-commerce giant Amazon which recently announced a milestone, reaching sales of $100 billion, got the approval in late July to explore delivery via drones in the UK in partnership with the country’s aviation regulators.
Amazon is now permitted to deliver goods in UK via its “Prime Air” program which guarantees 30 minutes delivery upon order via drones.
“The U.K. is charting a path forward for drone technology that will benefit consumers, industry and society,” Amazon executive Paul Misener said in a statement.
Amazon’s drones are allowed in the UK to fly at altitudes of up to 400 feet but will remain off limits within aircraft paths and busy urban areas.
The US, where Amazon is based, however, rejected its application to use drones for fast delivery due to safety concerns.
Among couriers, DHL was the first to test drones to deliver packages. Its “parcelcopter” program is already in use in Germany.
FedEx is reportedly working on a drone project system for an undisclosed location.
Food outlets in countries like the US, Germany and Britain have also experimented on drones for fast delivery.
The US military is also looking at expanding its use of drones to deliver supplies to soldiers in the battlefield, inspired by the success of the US Marines in delivering 2 kilos of supplies to units in Afghanistan in the past.

Instead of using road convoys that are vulnerable to attacks, drones may be used to supply soldiers in Iraq, Afghanistan and other conflict areas.
Larry Perecko, branch chief for Science and Technology at the U.S. Army’s Combined Arms Support Command (CASCOM) Sustainment Battle Lab in Fort Lee, Virginia, was quoted in the media as saying drones make it difficult for their adversaries to mess with their supplies.
Drones are also extremely effective in delivering medicines and other medical supplies in areas which are hard to reach.
Analysts said Amazon’s use of drones to deliver lightweight orders will likely make a precedent for other retailers to do the same.