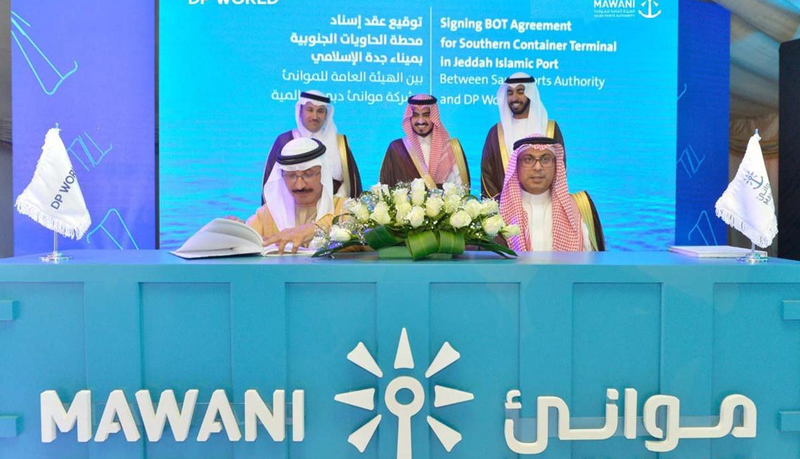 DP World won a 30-year concession deal to manage and develop a terminal in Saudi Arabia’s largest port, located on the Red Sea, further expanding the global port operator’s footprint in the kingdom.

Saudi Ports Authority (Mawani) awarded the build-operate-transfer contract to DP World to upgrade the Jeddah South Container Terminal at Jeddah Islamic Port, the company said in a statement on Monday. DP World will invest up to $500 million (Dh1.84bn) including on improvements that will allow the port to handle ultra-large container carriers.

“Beyond the terminal, our ambition is to develop inland connectivity across the Arabian Peninsula between Jeddah and Jebel Ali Port in Dubai, as well as to Saudi Arabia’s cities through smart technology-led logistics, which should support further growth in this strategic hub that connects East-to-West,” Sultan bin Sulayem, DP World’s chairman, said.

The contract caps a string of deals by DP World in 2019 that included snapping up UK transport and logistics company P&O Ferries, Indian rail logistics company Kribhco Infrastructure and Chilean ports operator Puertos y Logistica. The investment in Saudi Arabia comes as the kingdom plans the privatization of its airports and ports in a strategy to diversify the economy away from oil.

Saudi Arabia expects real economic growth of 2.3 percent next year, driven mainly by the non-oil sector, according to the government’s budget announcement.

The largest port in terms of volume and cargo handling capacity, it handles more than 65 per cent of all cargo imported through Saudi Arabia’s ports, according to its website.

Established in 1976, it has five terminals and 62 berths, spanning an area of 12 square kilometers.

DP World has operated the South Container Terminal on a lease agreement for more than 20 years.

The new terminal will have an upgraded capacity of 3.6m TEU, up from 2.4m TEU, to meet the expected growth in future demand and will create 1,400 jobs, according to the statement.