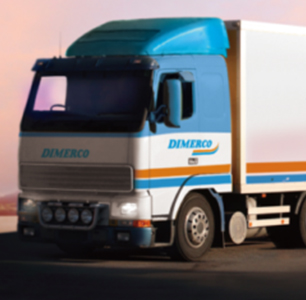 The Dimerco Express Group has continued the expansion of its European network with the opening of an office in the Netherlands.

Dimerco reported 30 percent growth in Europe for 2016-2017 earlier this year and the new operation, which is based at Venlo, will be its third location in the Netherlands (other offices are in Amsterdam and Rotterdam), reflecting the company’s confidence in continued success in the region.

The Venlo office commenced operations this month (November). It will focus on the development of Dimerco’s trucking and rail services, according to Europe regional director, Eddie Lin, who cites Venlo’s status as a ‘logistics hotspot’, ideally situated for rail, barge and road connectivity.

“Venlo’s business and trade parks are easily accessible by road, rail and by inland waterways,” Lin says. “The rail and inland shipping terminals will provide excellent trans-shipment facilities for containers, which will be extended further with the imminent opening of a new second rail terminal on Trade Port North.

“The opening of Venlo will strengthen Dimerco’s coverage for targeted industries, such as fashion, e-commerce, electronics, medical and technology, where we see enormous potential, as well as enabling us to provide strong local support for a major customer developing in the area.”

The Taiwanese company will be providing a range of services from Venlo, including international freight, contract logistics, cross-docking, European LTL/FTL distribution and more.