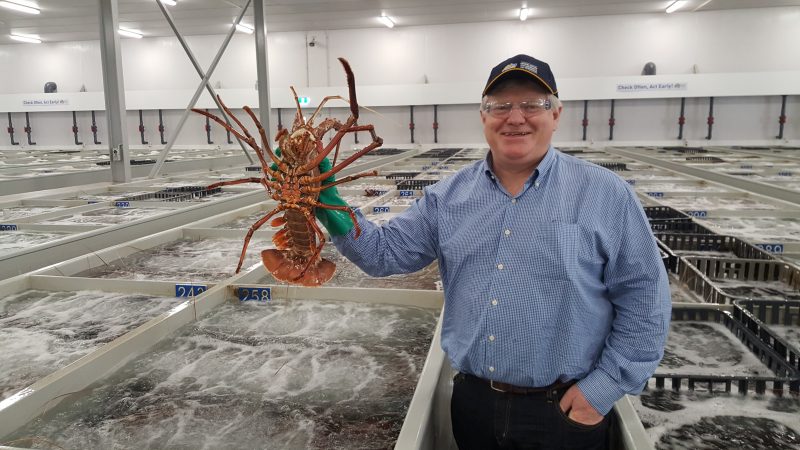 Chinese import tariffs on Australian rock lobster dropped from six to three percent on 1st January 2018, as part of the China-Australia Free Trade Agreement (FTA).
At Tiger Fresh, the perishables forwarding division of Tigers, in Perth, we expect greater demand for live lobsters shipped directly to China, by far our largest market for the crustacean.
Western Australia has a management quota system in place for lobsters, with total catch limited to 6.4 million kilograms per annum, for what is the country’s biggest seafood export, measured from January 15th to January 14th the following year.
Tiger Fresh currently represents a number of export companies, equivalent to approximately 80 per cent of the total catch. Of the five million kilograms, 99 percent are exported to China either via a direct flight option, or via Vietnam, as part of the ‘grey trade’.
The new reduced tariff will help Chinese businesses to import live lobsters at a cheaper rate. Direct entry from Australia into China was previously propelled thanks to the VAT rate reduction from 13 to 11 percent, which came into effect on 1st July 2017.

Shipments are distributed throughout the year, with peak periods governed by the weather, and the market conditions in China. During Chinese New Year, we experience a dramatic increase in demand for live lobsters and transport up to 50 tonnes of live lobsters per day. This year the festival falls on February 16th and we are confident we will be able to respond to the increased demand.In 2019, tariffs on live Australian rock lobster will be reduced to zero, further strengthening our export numbers to China.