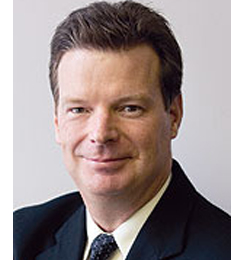 David Bradley to step down as OTA director in 2017

Bradley has announced that he will step down at the end of 2017, after more than 30 years in

years later. In 1997, he took in the additional responsibility of leading CTA and had continued in

the dual role ever since.

“It is with some amazement, but always with appreciation, that I think back on what a leap of

and important industry,” said Bradley in a letter to the organization. “While I have loved dealing

with the issues, it is the people I have had the pleasure to get to know, to work with and to learn

from that have made coming to work every day so energizing and rewarding.”

In his career, Bradley was a defender of the industry and an advocate of responsible trucking

and stringent safety standards, according to OTA. He supported regulatory initiatives such as

He will remain in his current role through 2017.

“There will be plenty of time for reflection down the road,” said Bradley. “For now, it is business

as usual for me.”