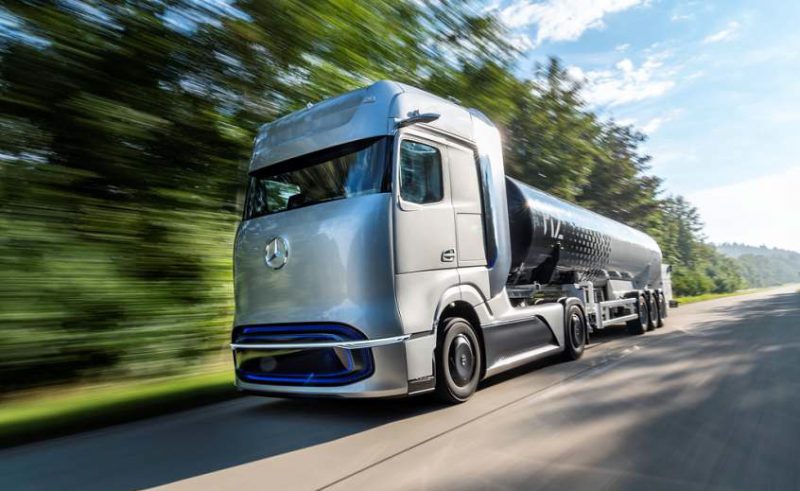 Milestone means the truck maker is on its way to series production.

Daimler Truck says it is consistently pursuing its technology strategy for the electrification of its vehicles and has now reached the next milestone: In October, the further enhanced prototype of the hydrogen-based fuel-cell truck Mercedes-Benz GenH2 Truck received approval from German authorities for use on public roads.

In April, the truck manufacturer began to conduct tests of the Mercedes-Benz GenH2 Truck, which was unveiled in 2020, on the company’s test tracks. There, the truck, which aims to achieve ranges of up to 1,000 kilometres and more without any stops for refueling in its series version, has successfully accumulated several thousand miles by now.

Now, testing is expanded to public roads i.e. on the B462 road near Rastatt. There, as part of the eWayBW project, freight will be electrified to test catenary trucks in operation.

The project will also include comparative tests of the purely battery-electric Mercedes-Benz eActros with the catenary trucks and fuel-cell trucks from other manufacturers. Daimler Truck has no plans for catenary trucks.

Since July 2019, the purely battery-electric Mercedes-Benz eActros has proven its worth in extensive field-testing in the region around Rastatt at the company Logistik Schmitt. With the approval for road use of the Mercedes-Benz GenH2 Truck, Daimler Truck has reached an important milestone on the way to series production.

The first series-produced GenH2 Truck are expected to be handed over to customers starting in 2027 and additionally, Daimler Truck has the ambition to offer only new vehicles that are carbon-neutral in driving operation (“tank-to-wheel”) in Europe, Japan and North America by 2039.

To achieve this goal, Daimler Truck is electrifying its vehicles and pursuing a dual-track strategy with the use of battery-powered drive systems or based on hydrogen. This combination of technologies enables Daimler Truck to offer customers the best vehicle options for their specific use cases: the lighter the load and the shorter the distance, the more likely it is that batteries will be used. The heavier the load and the longer the distance, the more likely it is that fuel cells will be system of choice. Source: www.daimler.com