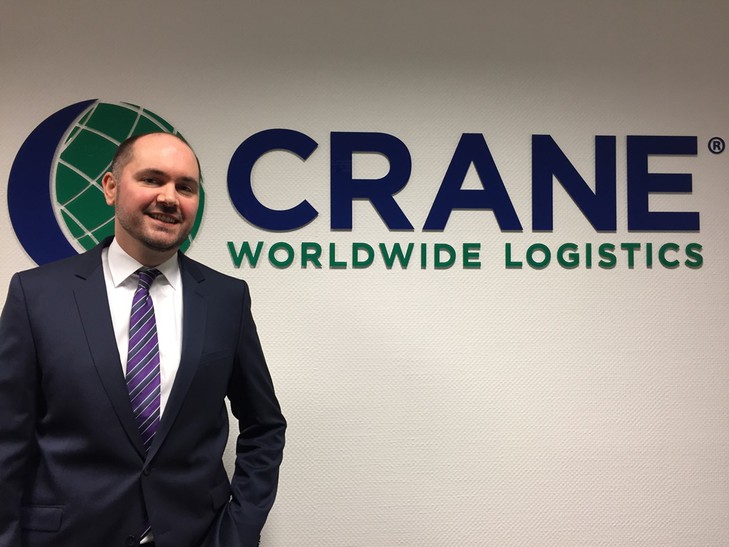 Crane Worldwide Logistics has promoted Christian Nielitz to the role of country manager for Germany after nearly four years with the company.

Nielitz joined in June 2014 as gateway development manager and was appointed to the role of branch manager for Dusseldorf in 2017.

Crane regional vice president for Europe, Middle East, India and Africa, Gerard Ryan says the company’s strategy is to promote from within, the Nielitz’s new role is a perfect example of this.

He says: “As we continue our expansion into the German market, we know it is of great importance to have an experienced skillset of both operations and sales management processes combined with local knowledge and people management skills.

“Christian, over the course of his career, has developed talent in multiple disciplines that proved him to be the ideal candidate for the Country Manager’s leadership role.”

Earlier this month Crane opened its doors in Saudi Arabia with an operational office in Damman, covering air and ocean freight, and logistics services.

When the news was announced, Ryan said Saudi Arabia is seen as an upcoming logistics hub, saying: “It is an exciting time for us to be opening our doors in Saudi Arabia with our experienced team, we openly invite new clients to try our technology, products and services and discover why Crane Worldwide is highly recommended by others in the Middle East region.”

Crane Worldwide Logistics president and chief executive officer, John Magee added, “As the major crossroad between Asia, Africa and Europe, having our own offices in strategic locations across the Middle East region will provide us with the opportunity to expand the services and benefits we are currently offering our clients in other regions.”