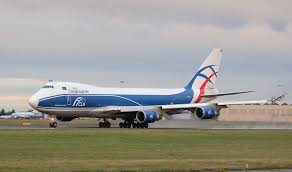 Headquartered at London’s Stansted Airport, CLA is an independent airline with its own executive and management team and fleet. In line with its business strategy, CargoLogicAir aims to become a leader in the European air cargo market offering cargo services on scheduled and charter flights. The airline aims to take a strong position in the segment of all-cargo and outsize logistics solutions.

CargoLogicAir has taken delivery of its first Boeing 747-400 Freighter from Air Castle and will add a second 747F to its fleet in July 2016. CLA expects to have a fleet of five Boeing 747Fs by April 2018.

Dmitry Grishin, CEO, said, “We are proud to have been awarded our AOC after meeting all of the UK CAA’s strict requirements. We are grateful to all involved in the certification process which helped us to make the company stronger, particularly the helpful and professional team at the CAA. We value the input they rendered in all stages of certification and their trust in us. Our aim now is to become a leader in the European air cargo market by earning a strong reputation for the highest levels of service, safety and efficiency. We have a very experienced team in CLA that combines operational expertise and regulatory knowledge and a clear strategy for the future.

“We believe that the all-cargo airline business model has its place in the market and that we can achieve sustainable growth by specialising in outsize and flexible solutions for our customers. We are open to cooperation with all who share the same passion for cargo as we do. We are also very grateful for the help we have received so far from partners such as Boeing, Stansted Airport and Aeropeople, who have supported us in building the company and its capabilities.”

Steve Harvey, CargoLogicAir’s Chief Commercial Officer, added, “We believe this is the right time to launch a new UK cargo airline. We created the company in the UK, which has a rich heritage of all-cargo specialist carriers including big names like HeavyLift, AirFoyle and others. The UK is the second largest air cargo market in the EU and its economy is growing. Using our knowledge, we plan to make a strong contribution to putting the UK back on the map of global all-cargo leaders. We have been extremely encouraged by the level of interest from our customers and expect this to result in us attracting the level of business we need to support our growth strategy over the next 3-5 years.”

CargoLogicAir will announce its routes and operations schedule in due course.