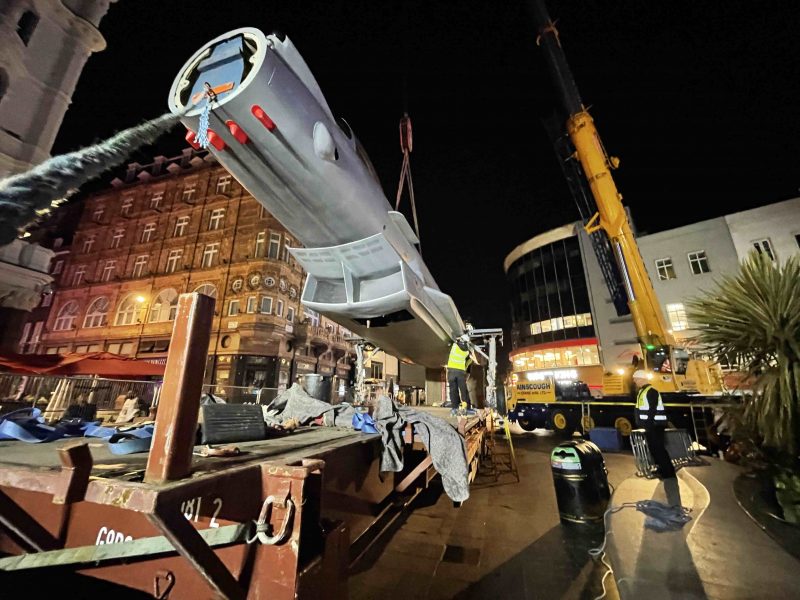 Ashby-de-la-Zouch, UK—The need for speed was critical for the CEVA Logistics Showfreight team last week as they managed the logistics for a full-scale replica of a Typhoon fighter jet at the new blockbuster movie premiere in London’s Leicester Square. The team had seven hours to unload and install the scale model for their client, BAE Systems, who produces the real-world aircraft.

Following months of planning and preparation, the CEVA team had just seven hours to build the aircraft ahead of the premiere event and the arrival of the film’s stars, royalty and invited guests. The Typhoon fighter jet served as the dramatic backdrop of the film premiere.

Following the departure of the stars and royals, the CEVA team were back in action to dismantle the display. By 6 a.m. the next morning, the replica aircraft and all its associated equipment were dismantled, and Leicester Square was vacated.

Sharon Robinson, managing director for Showfreight, CEVA Logistics, said: “This was a textbook exercise by our experienced team, who completed another high-profile and technically challenging project for BAE Systems. Our long-term relationships with our customers allow us to understand and overcome their logistics challenges—even if that means executing the setup in seven hours in the middle of London.”