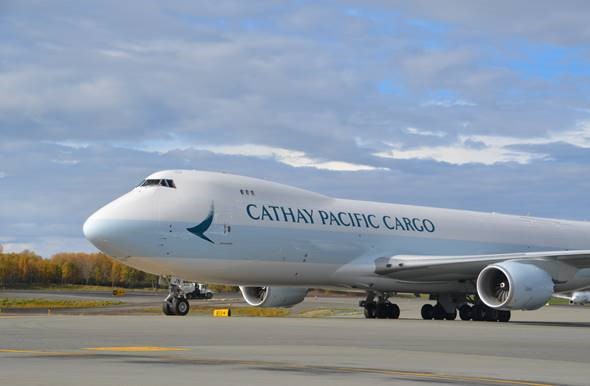 Cathay Pacific Cargo staff worked “tirelessly through these challenging times”, the freight carrier has said, looking back on a turbulent 2019 when pro-democracy demonstrators forced the closure of Hong Kong International Airport for two days.

The shutdown, on August 12 and 13, came after a weekend of disruption, with further trouble later in the month with protesters blocking the approach roads and occupying the bus terminus.

Writing in the carrier’s Cargo Clan newsletter, Nelson Chin, Cathay Pacific Cargo’s general manager cargo and commercial, said that there was much to be proud about in a past year.

He said that during an “a particularly challenging year for any business based at Hong Kong International Airport” the carrier’s staff and have “been critical in restoring confidence in our hub”.

Chin noted that a highlight of 2019 was Cathay Pacific Cargo becoming the first airline to be accredited with a CEIV Fresh certification by IATA.

“Our growth in South America has been a particularly bright spot over the last few years,” he said, adding that South American companies were keen to expand their business in Asia.

Chin said that 2020 will be busy for the airline.

Early last month Cathay Pacific Cargo announced that on April 1 this year it will offer a saving of HK30c per kilogram for customers using one of the group’s four airlines, Cathay Pacific, Cathay Dragon, AHK Air Hong Kong and HK Express, effectively dropping costs up to more than 20 per cent.

Chin said the concession demonstrates “our commitment to developing Hong Kong as the premier air cargo hub globally” and there were other plans to help make the airline “the most customer-centric air cargo service provider in the world.”

Chin said that while 2020 was expected to be another challenging year for the whole airfreight industry, Cathay Pacific Cargo was “cautiously optimistic” because of an expected easing of trade tensions, small GDP increases and the continuing growth of e-commerce.