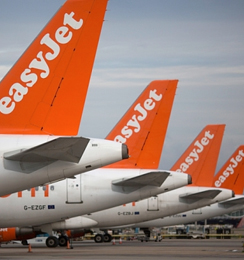 Easy Jet to Test Hydrogen Technology on Their Aircraft

its aircraft as it seeks to save around 50,000 tonnes of fuel each year.

that to power the plane while it is on the ground.

an aircraft’s water system during the flight.

came up with ideas on what air travel would look like in the future.

Ian Davies, easyJet’s head of engineering, said, “At easyJet, we are continuing to apply the use

of new digital and engineering technologies across the airline.

“It’s also a great example of the benefits of our strategic relationship with Cranfield University.”

Dr. Craig Lawson, a lecturer at the centre for Aeronautics at Cranfield, added, “Cranfield is a

through The Future of Flight competition, presenting environmental solutions, operational

improvements and ideas to enhance the customer experience.