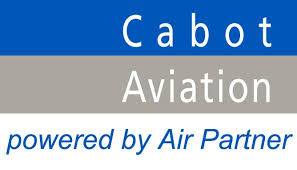 Cabot Aviation, a division of Air Partner plc and a leading aircraft remarketing agent, is pleased to announce that the first former Kenya Airways B777-200ER has been delivered to Omni Air International, a US-based airline providing global passenger ACMI, wet-lease and charter programs.

The aircraft was originally delivered to Kenya Airways in 2007 and was operated by the airline on its scheduled routes – especially the long-haul routes to Asia and Europe. The aircraft is powered by Rolls-Royce Trent 892B engines.

It was announced recently that Kenya Airways had entered into a sale agreement with Omni Air International to purchase two of its B777-200ER aircraft, the second of which will be delivered shortly.

Tony Whitty, Managing Director and founder of Cabot Aviation, said, “We are delighted to have arranged this sale to Omni International and that the first aircraft has been promptly delivered. We wish Omni every success with its new B777-200ER and look forward to the delivery of the second. Our focus is now on finding a new owner for the remaining two aircraft on behalf of Kenya Airways.”