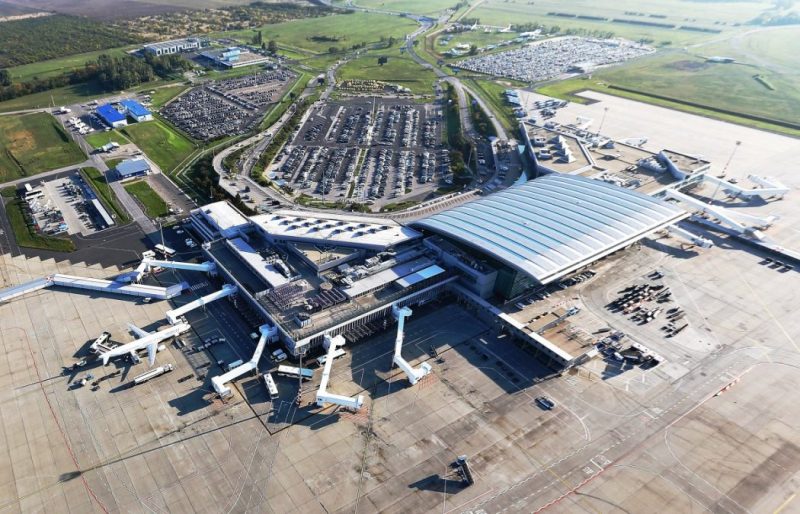 Growth in cargo traffic at Budapest Airport (BUD) is accelerating after the Central European hub processed a record amount of freight in 2018 and beat the rate for the previous year.

The new-all-time record of 146,113 tons of cargo arriving and departing at BUD in a single year showed a 14.9 percent increase on the figures for 2017, when 127,145 tons of cargo was processed at the airport and was also, at the time, a new record.

“These latest figures are exciting as they represent three years of uninterrupted double-digit growth at the airport,” said René Droese, Director Property and Cargo of Budapest Airport.

“We are focusing all our efforts to make good use of the ideal conditions in Budapest and turn Liszt Ferenc International Airport into a major cargo logistics hub for the Central-Eastern European region.

“For this, we are establishing appropriate technical, security, and traffic conditions the relevant projects entered the phase of implementation last year, and we can successfully complete them this year.

“As a first step we handed over a 16,000 m2 new cargo warehouse and office capacity for our integrator partners in 2017; their traffic has been constantly developing for years.”

In addition, BUD is constructing a new cargo apron of 32,000 m2, in the proximity of Runway 2, where two Boeing B-747-8F freighters can be serviced simultaneously.

“The combined value of this development effort in 2019 reaches EUR46 million, and is financed by Budapest Airport itself,” said Droese.

“Our goal is to deliver, by the end of this year, an ideal cargo infrastructure for all segments of our well-balanced customer portfolio, for full freighters, belly cargo, integrators and roader feeder trucking too.

“Rising demand is illustrated by the fact that last year a number of wide body and jumbo freighters were being loaded at the airport each day, including Boeing B-747s operated by Cargolux, AirBridgeCargo, and Silk Way West, and Airbus A300s, A310s, A330s, used by Turkish Cargo and Qatar Airways Cargo.”

The main target markets of BUD Cargo are in Asia, especially China, Korea, Japan, and in North America with a focus on the US and Canada.

These regions present a rapidly growing export / import flow within the cargo catchment zone of BUD, especially in the automotive, electronics, pharmaceutical, and e-commerce sectors.

“Our cargo team is working hard on conferences and workshops from China to the US, to present the potential of Budapest Airport Cargo in the Central and Eastern European region,” said Droese.

“The cargo business has strategic importance for our airport, and we handle our cargo projects with high priority.”
BUD has seen year-on-year growth in air cargo traffic, with annual records consistently being broken.