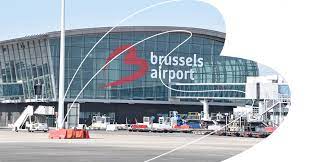 Brussels Airport handled over 2.2 million passengers and 64,000 tons of cargo in July

BRUSSELS—Brussels Airport says it welcomed more than 2.2 passengers in July, up by 81 percent compared to July 2019, indicating recovery in the global aviation industry devastated by the COVID pandemic.

The passengers were bound for their holidays and travel for this year’s summer. Brussels Airport described the growth as “obviously linked to the strong recovery of the holiday market,

as well as to the many passengers visiting family and friends abroad.”

The transfer of some flights from the Netherlands to Brussels Airport and the increase in bookings by Dutch travelers from Brussels Airport to avoid long waiting times at Dutch airports also contributed to the positive trend.

The top 10 destinations where the passengers booked include Spain, Germany, Italy, Portugal,

Turkey, France, the US, Switzerland, the United Arab Emirates and the United Kingdom.

In July, cargo transport at Brussels Airport fell by 14% compared to July 2021. Full cargo flights with

passenger aircraft continue to decline gradually, as expected, due to the recovery of passenger

traffic. Last year, this segment accounted for a significant volume of freight.

Express services were down 15%, as in previous months, due to a combination of weaker

flights to other airports.

Asia was the most important region in terms of imports and exports, but volumes were lower

in China. Africa is the second largest import region and the third largest export region, showing

growth over last year in both trade routes. North America is the third largest import region

and the second largest export region.