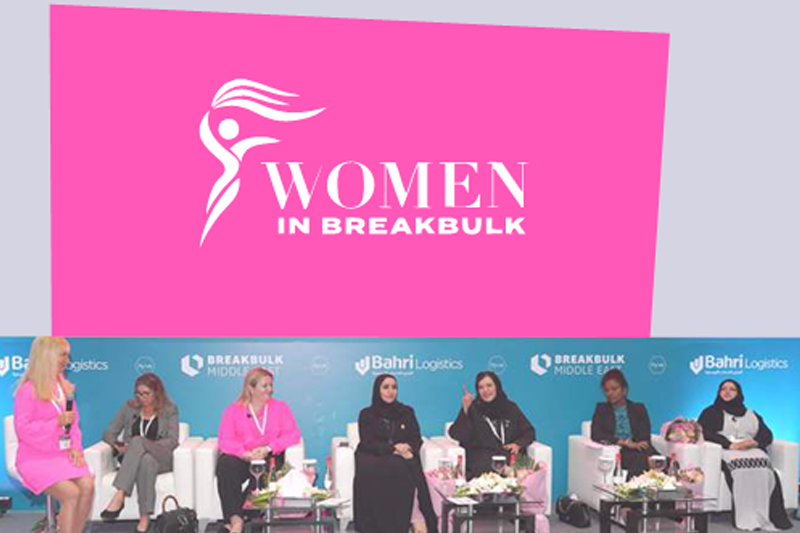 With two-thirds of cargo destined for GCC states arriving at UAE seaports, the country’s maritime importance in the seamless movement of goods in the region has never been better.

H.E. Dr. Abdullah Belhaif Al Nuaimi, the UAE Minister of Infrastructure Development and Chairman of the Federal Transport Authority (FTA) for Land and Maritime, said the UAE continues to nurture major developments in the maritime sector and events like Breakbulk Middle East 2020 held in Dubai on February 25-26, 2020 is essential in spurring regional growth.

“As maritime is comprised of a number of components of the industrial supply chain, project development that stems from this year’s event will be vital for sustainable growth. The UAE currently accounts for 35% of investment in the maritime region, and we have invested over AED 157 billion into expanding local ports here,” Al Nuaimi noted.
“These efforts have been made in an attempt to bolster the entire Middle Eastern maritime infrastructure, and we look forward to seeing the steps that are taken in making this ambitious vision progressively come into fruition.”
Breakbulk Middle East 2020 drew the participation of 103 exhibitors and 1663 companies from 72 countries and welcomed more than 3,000 visitors, mostly decision-makers representing the Middle East’s cargo owners, government ministries, private sector oil & gas companies, global-scale EPCs, among others.

H.E. Eng. Ahmed Al Khouri, Director-General of the FTA for Land and Maritime UAE, commented at the opening ceremony, the UAE continues to advance world transport, particularly in the maritime industry.

“The industrial supply chain is extensive and Breakbulk Middle East has once again done a tremendous job of uniting and displaying its strength in full force. With the UAE fueled by our desire to strategically advance world transport and trade activity, feedback that is produced via interaction between key industry players will be invaluable,” he said. 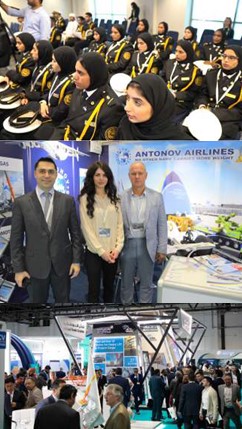 This year’s event also included a governmental panel titled “Regional Outlook and Growth Opportunities for the Breakbulk Industry” with major carriers and freight forwarders reporting upswings in demand for specialist freight handling services in the Gulf States and the wider Middle Eastern region.

“A wide-range of large-scale projects and investments are taking place within the Middle East. This pertains to oil and gas projects, increased interest in renewable energy and major infrastructure projects. In essence, cargo carrying contract opportunities are poised to keep rising throughout the region and this is highly beneficial for the UAE and entire GCC. Breakbulk Middle East provides an effective platform for industry leaders to align their objectives accordingly,” said Al Nuaimi.

The governmental panel is the first of its kind with topical issues like the Belt and Road discussed. Senior government officials from the region also addressed upcoming project opportunities to enhance the region’s capabilities and in turn, the collective breakbulk industry.

Keen to highlight the enormous contributions of women in the breakbulk industry in modern-day history, organizers also hosted a panel discussion for them where they shared their experiences and aspirations to make a difference in this male-dominated sector.

One of the panelists narrated how she managed to win over a significant market share in Bangladesh in the marine lubricant industry with hard work and dedication.

Another panelist shared how her company tossed in their full support to her work making her succeed. “Yes, you have a different mindset (as a woman) but you can do whatever you want,” she said. 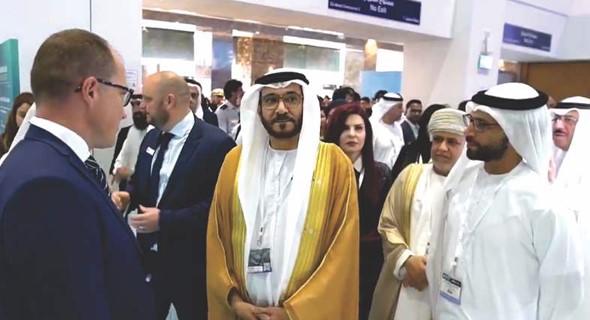 Speaking on this mutual cooperation, H.E. Eng. Hessa Al Malek, Executive Director of Maritime Transport at the Federal Transport Authority for Land and Maritime, and President of AWIMA stated, “The primary mission of AWIMA is centered around enhancing the national and regional recognition of Arab women as resources for the maritime industry. The UAE seeks to carry out a pioneering role among the countries of the world in all fields. Thus, ensuring the cultivation of female development within all industries, with a particular focus on maritime, is essential to support the country’s economy. Active contributions from key industry players at industry enhancing events such as Breakbulk Middle East will pay great dividends in the grand scheme of the country’s long-term goals.”

More and more companies are rooting for women in more senior roles in the once male-dominated industries like logistics, freight, air cargo and aviation. The contention is that they bring more productivity, diversity, thus, help push for more growth.

Organizers also gave 122 students and young professionals the opportunity to learn industry basics across a half-day session, then tour the exhibition floor as part of Breakbulk’s commitment to nurture talent at a grassroots level.

Helping their development was the Day’s third sessions “The Exciting World of Ship Chartering”, led by Fusion Academy of Excellence Director Krishnan Subramaniam where the attendees were offered the basics of chartering, career entry points, qualifications, certifications, and career paths for industry novices.

“The Education Day is a key feature of Breakbulk Middle East. It isn’t just for young up-and-comers either. Education never stops, so we’re proud to offer deep insights and best practice learnings from around the industry,” said the organizers.

One of the Education Day’s standout sessions was chaired by Captain Sahar Rasti, CEO of SJR General Group who shared her immense knowledge, aspirations, and experiences as the first Emirati Female Captain working in the maritime sector.

A key takeaway from Capt. Rasti’s talk was the importance of being self-motivated – something critical in such a patriarchal society like the Middle East. Breakbulk Middle East 2021 returns to Dubai on 9-10 February next year.