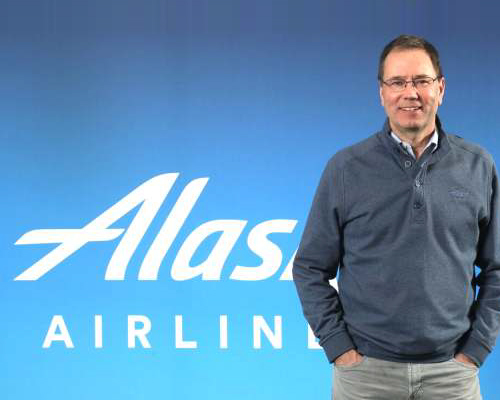 Brad Tilden may have retired as the CEO of Alaska Airlines early this year but his legacy remains and his presence still felt with him opting to remain serving as the Chairman of the Board of Alaska Aviation Group, the parent company of Alaska Airlines and Horizon Air.

Under Tilden’s leadership, Alaska Airlines grew profitable, reduced unnecessary expenses in the millions, focused on low fares, expanded route network and successfully created an airline brand that people love. The airline has been named Highest in Customer Satisfaction Among Traditional Carriers in North America in the J.D. Power North America Satisfaction Study for 11 consecutive years and won the “Best U.S. Airline” in the Condé Nast Traveler’s annual 2018 Readers’ Choice Awards.
Combining Alaska Airlines and Horizon Air’s staff, Alaska Aviation Group has about 23,000 employees, owns 298 aircraft and fly to more than 120 destinations throughout the United States, Canada, Mexico and Costa Rica. and for them, Tilden helped make it happen.

Unlike other aviation executives who had it good growing up, Tilden takes pride in building himself from scratch. He worked aboard Amtrak trains as a “food specialist” to pay his tuition at Pacific Lutheran University where he studied Business Administration.

After graduation, he worked for the accounting firm PwC for eight years before moving to Alaska Airlines upon a colleague’s invitation. That was in 1991. And three years later, he was named as the airline’s corporate controller. Later as CFO, executive vice president of finance and in 2012 as its CEO.

When the pandemic struck in 2020, Tilden remained focus and optimistic despite the difficulties facing the global aviation industry. He told the Investor’s Business Daily, he draws strength from his father, Doug Tilden, who was tied to a wheelchair because of a childhood bout with polio but never thought of it as a barrier.

The older Tilden became an Eagle Scout and a senior engineer in Boeing’s Apollo lunar rover program. “My father was one of the last victims of polio (before the vaccine). He had no use at all of his right leg and little of his left. But he never complained about his plight. He had a 32-year career with Boeing. Raised a family of six kids,” Tilden told Investor’s Business Daily.

Outside of the corporate world, Tilden and his family are widely recognized for their many philanthropic projects promoting education, opportunities for young people and supporting the Boy Scouts of America. Tilden is also a licensed pilot and an avid cyclist who even participated at Tour de France several times.