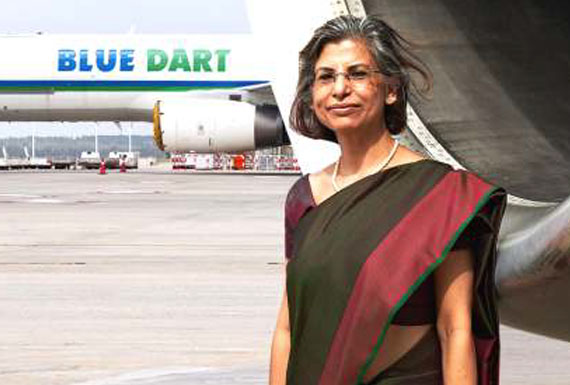 Books, tennis and vermiculture for this pioneering air cargo executive in India

The pandemic is keeping the air cargo industry busy hauling all sorts of goods, e-commerce, medical cargo and billions of COVID-19 vaccines.

China and India, the world’s two most populous nations, home to 1.418 billion and 1.38 billion people, respectively, get the job done the most. Not only are they producing so much medical supplies for their own population but the world as well.

China, the world’s factory, produces much of the global demand for medical supplies while India is on high demand for pharmaceuticals, medical raw materials and yes, vaccines, COVID-19 included.

Their output requires a lot of services from the global transport industry—air, land or sea—to reach countries across continents.

In India, the air cargo industry puts up a lot of work to accomplish this. Blue Dart Aviation, part of the Deutsche Post DHL Group with 70% stock shares, is one of the busiest among the country’s many air cargo carriers.

The company serves domestic routes within India and amid the pandemic, made its first international flights between India and China.

The cargo airline is managed by Tulsi Nowlakha Mirchandaney, one of women pioneers in India’s burgeoning aviation/air cargo industry. She has so far spent more than 50 years in the industry yet continues to inspire others who want to break the barriers.

She began her aviation career in 1970 working for Japan Airlines as ticketing and reservations staff. In 1972, JAL pulled out of its Calcutta office due to political uncertainties. Tulsi took on the task of clearing the cargo entrusted to the airline and went on to operate its offline location. In 1982, she moved to Mumbai to open JAL’s office in the city, and subsequently, to Cochin and Hyderabad.

An engineering student before she got hired at JAL, Tulsi suddenly found herself in the less glamorous side of aviation but she knew she has found her calling.

“It wasn’t a woman’s job, and I was once jokingly refused a training course because I had to shower afterwards with the boys. That was before gender equality gained momentum,” she told Runway Girl Network in an interview. “The initial stumbling steps blossomed into a lifelong romance. Each day that I see my aircraft successfully take off with my loads, I know that I’ve defied gravity in more ways than one.”

“Life can be unfair, for both men and women. One needs to weed out and ignore the irrelevant that may be hurtful,” she shared in the same interview. After working for JAL, she later joined Air France to head its cargo operations. With her vast experience in the air cargo industry, she was later tapped to head Blue Dart Aviation, the only cargo airline that sustained its operations in India for the past 25 years.

Under Tulsi’s leadership the cargo airline grew to become one of the biggest in India with a workforce of more than 1,200. She has been instrumental in expanding the company’s dedicated infrastructure across airports, and bringing about policy changes in civil aviation to include the significant role of air express, and support the distinctive requirements for the sustainability of the cargo airline industry
in the country.

Today, Tulsi is an all-inspiring woman in India’s growing air cargo industry. She served as the Co-Chairperson on the Confederation of the India’s National Committee for Civil Aviation (2019-20 and 2020-21), the Confederation of Indian Industry’s National Committee for
Logistics. She also serves on the Governing Council of Birla Institute of Technology – School of Management, a board member of Blue Dart Express and Air Cargo Forum India.

And when she’s not busy, Tulsi, who has an MBA degree in International Aviation from Canada’s Concordia University in Montreal, reads books or play tennis. A friend of the environment, Tulsi is also into vermiculture.