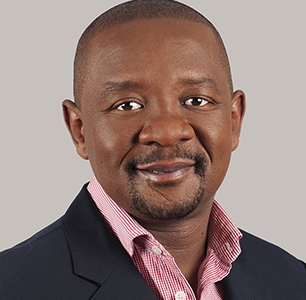 Airports Company South Africa chief executive Bongani Maseko has been appointed to a two-year term as chair of the world governing board of Airports Council International (ACI), the trade representative of the world’s airports.

ACI serves 623 members operating 1940 airports in 176 countries. It is a non-profit organization whose prime purpose is to advance the interests of airports and to promote professional excellence in airport management and operations around the world.

Maseko took up the position after being formally voted in by members at the recent ACI Africa / World General Assembly held in Mauritius.

Maseko says he is honored to take on the role of chair for ACI World. “The confidence that the ACI Assembly has placed in me speaks to the role of African airports in ensuring that they are competing with the best in the world in terms of best practice on airport development, management and operations.

“Aviation in Africa is slowly becoming a strong contributor to global economic growth as the tourism industry grows. The next 20 years will see the most growth in passenger numbers coming from Africa,” says Maseko.

Maseko, 49, has 24 years of experience in airport management having first joined the industry at San Francisco Airport. He has a degree in Aviation Business Administration from Embry-Riddle Aeronautical University, and Airport Systems Planning and Design and Airport Ground Transportation Planning from the University of California.

He joined Airports Company South Africa in April 1999 and was Acting Managing Director from October 2011 until his appointment as Chief Executive Officer in 2013. Prior to that, he was Group Executive of Airport Operations from September 2004. His earlier positions included three-and-a-half years leading O.R. Tambo International Airport as its General Manager.