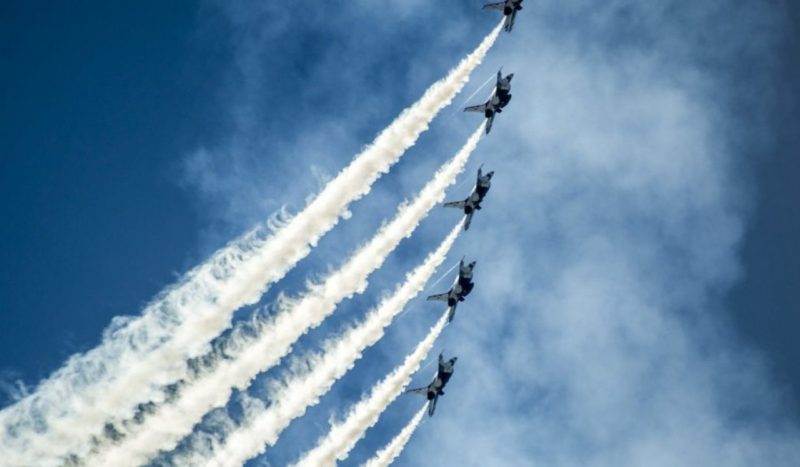 Billions in deals made as jets and freighters make noise

The bi-annual international airshow recorded over 1,400 commercial aircraft orders valued at US$154 billion while engine orders notched up 1,432 deals worth US$21.96 billion

The Farnborough International Airshow, held from July 16 to 22, was a huge success, in terms of aircraft and engine orders totalling US$192 billion, even as the air was thick of questions on how Britain’s aerospace and defense sectors would deal with Brexit when it eventually happens in March 2019.

Farnborough International Chief Executive Gareth Rogers said, “The major deals announced this week demonstrate how confident the aerospace industry is and the role of Farnborough as an economic barometer.” There was also a near-10 percent rise in trade visitors compared to previous years, with over 80,000 visitors passing through the gates.

Also making up these huge orders were regional airlines and freighter segment. Brazilian aerospace major Embraer announced on Day 2 orders worth US$15.3 billion for a whopping 300 regional aircraft, while freighters had a good run too.

DHL Express ordered 14 Boeing 777Fs, calling the purchase the beginning of ‘a gradual replacement of our older inter-continental fleet’ and also mentioning that it would meet the growing demand for global express capacity.
Each 777F offers a payload of up to 109 tonnes. The express carrier operates a fleet of over 260 aircraft over a network of 220 countries. Boeing inked a deal with Volga-Dnepr Group and Cargo Logic Holding firming up an order for five 747-8F and covering a letter of intent for 29 777Fs. Qatar Airways also ordered five 777Fs as it is consolidating its cargo business. Qatar Airways has 13 Boeing 777Fs, two 747-8Fs and eight A330-200Fs. It is yet to get delivery of nine aircraft (including the five of Farnborough). 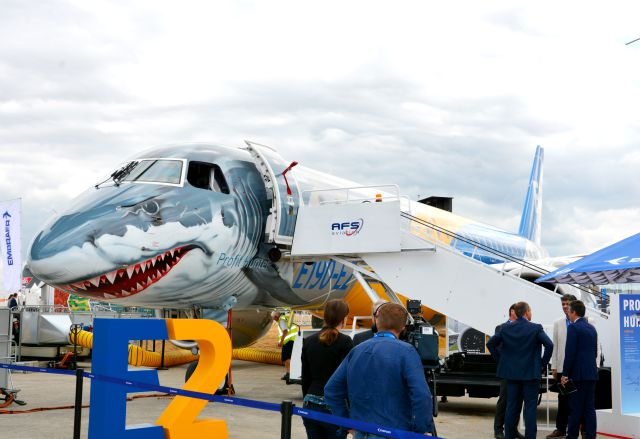 The agreement signed between Boeing and Volga includes future fleet expansion plans which range from buying new or converted 767 freighters to the possible purchase of 737-800 Boeing converted freighters. It also includes a Boeing Global Services agreement to support the planning and operation of the airline’s 300 crew members.

Boeing has stated that the demand in the freight market grew nearly 10 percent last year, and the company had over 100 orders and commit-ments for production and converted freighters so far in 2018.

In the 2018 Boeing Commercial Market Outlook, the US giant’s Vice President for Marketing, Randy Tinseth said that “Cargo has, in many ways, taken center stage at this show.” He added that “Over the last two years we have seen a definite uptick in air cargo as a result of an economy that’s now going above trend, as well as a return in trade and a return in industrial production.”

In the forecast, the US giant said there would be a healthy demand for converted freights, going up to 1,670 by 2037, of which about 500 would be wide-bodied and 1,200 single-aisle aircraft. The total cargo fleet is expected to grow by 60 per cent over the next 20 years, increasing from 1,870 to 3,260 freighters.

Thanks to e-commerce there is an encouraging upward movement in the growth of air cargo. The International Air Transport Asso-ciation (IATA) stated that though airfreight capacity outgrew demand, airlines were adding to their fleets, a sign that good times were on the horizon.

Panelists at the Farnborough conference, held in Cargo Village, were excited about the prospects for the cargo segment, while they voiced the challenges that were imminent with growth. The Cargo Village which made its debut in the previous edition has remained in the same place, away from all the major activity, away from all the media glare. It is time to rethink and reposition cargo to get better visibility.

Moderating the conference, the Global Cargo Head of International Air Transport Association (IATA), Glyn Hughes said that 2017 indicators were that e-commerce would further drive cargo growth. In 2017, about 60 million tonnes of freight was transported, recording a growth of 9 percent over the previous year.

He said the sector was in mission mode with modernization in place and there was demand for air cargo from high value-to-weight manu-factured products such as micro-electronics, pharmaceuticals, aerospace components and medical devices. He added that supply chains were becoming more customer-centric and solutions were being developed that enhanced freight quality and service. IATA’s Cargo IQ measurement showed that it took an average 1.41 days for cargo to be cleared through customs in 2017, accelerated through put.

The CEO of Cargo Logic Air (CLA), David Kerr, talked about how CLA had positioned itself to address the UK air cargo market in the background of Brexit. “The growth of UK airports and aviation is not just about noise and pollution, it is about trade and the future of UK business. Air cargo can be the engine of UK’s economic growth and we at CLA look forward to playing a leading role in that progress.”

Britain’s aerospace industry had a turnover of US$45.9 billion of which goods worth 85 percent were exported.
Kerr pointed out that “At a time when the UK government is defining its aviation policy in the context of Brexit, we must ensure that the needs of the cargo and its importance to UK plc are at the forefront of everyone’s minds.” Airports, he said, had to give air cargo priority, away from the low priority it is getting now, thus affecting growth of the economy itself.

While infrastructure challenges remained, the need to work around e-commerce requirements was underscored by many speakers. The Managing Director of Seabury Consulting, Marco Bloeman, said e-commerce and small parcels were keys to growth as indicated by the results in the last quarter of the financial year which had significant number of shipments.

Echoing similar views, Henk Venema, the Head of Network Carrier Management, DHL Global Forwarding, said the e-commerce segment was providing the integrator with challenges. “From a freight forwarding view we are doubting if e-commerce is an opportunity or a competitor for space.”

The way Amazon and Ali Baba are leveraging different modes of logistics is surprising all. The air cargo sector had to be quick on its feet to adapt itself to technologies and work as an industry, rather than working in silos.
The Chief Cargo Officer of Turkish Cargo, Turhan Ozen, said e-commerce was an opportunity and that airlines had to look at ways of tapping this fast emerging segment. E-commerce is going to grow hugely, he mentioned as end consumers were looking for speed of delivery, promptness and reliability.

Abdulla Shadid, Managing Director of Cargo and Logistics Services, Etihad Airways, said Customs continued to be problematic for air cargo business, particularly when global trade was on the rise.

The variations in Customs from China to the European Union and the Middle East were very challenging, affecting seamless movement of goods. However, he said with IT systems coming into play, operations were becoming seamless and there was need to invest heavily in such processes and standardise them globally.

He also suggested that it’s time human resources pay attention to industry salaries and how to retain talents which currently is in short supply.