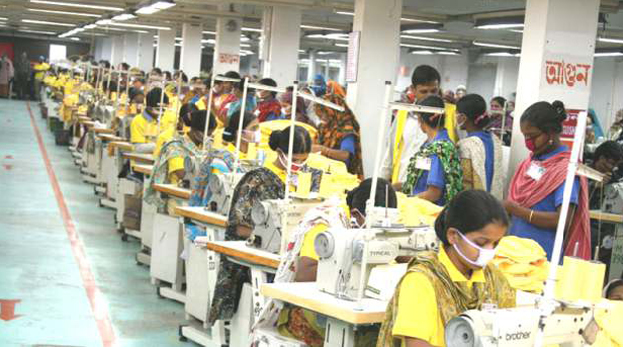 Bangladesh: The 'next Asian Tiger'

The daughter of Bangladesh’s founder, Sheikh Mujibur Rahman, Hasina has been in office since 1996 and is credited for steering Bangladesh from being a least-developed nation to middle-income thanks to investor confidence in its burgeoning multibillion textile industry.

Under Hasina’s watch, poverty has also been brought down to around 20% and 90% of the country’s 165 million people now have access to electricity, according to reports.

The Bangladesh matriarch is also being praised for opening up Bangladesh’s doors to over 1 million Rohingya Muslims fleeing persecution and military crackdown in Myanmar.

With her win, Bangladesh is again pinning hopes on Hasina to lead the country to new economic gains with the rest of South Asia gaining strength economically.

Sustaining economic growth of 5.7% per year since the mid-1990s, peaking at 7.9% in 2018, Bangladesh has remarkably improved its country status from that of a poor nation in South Asia to a rapidly developing economy earning the tag the “next Asian Tiger.”

The Asian Development Bank (ADB) says “Few developing countries have been able to maintain these levels of growth consistently over such a long period. Average incomes have grown. Since the mid-2000s, per capita gross domestic product has increased by 4%–6% per year.”

Bangladesh is currently working to reach “upper-middle-income country status by 2021”—the year that marks the Republic’s 50th Independence Day. ADB says the country must first tackle many challenges to reach this goal but concluded “Bangladesh has shown that there is no river that it cannot cross to achieve its goals.”
Bangladesh’s massive garment industry which in 2017 had an export value of US$30 billion is largely fueling its economic growth. The industry has over 4,500 factories and employs over 3.6 million, women accounting for about 85 percent.

Various trade bodies and organizations have called on the Bangladeshi government to initiate reforms on the country’s seaport and airport facilities, roads and other basic infrastructure to make it easier for readymade-garment manufacturers to compete globally.

This year, the government’s long-term ambitious plans to help the industry that brought it prosperity will begin to roll out. These include opening up for cars, trucks and trains the new 6-km bridge over the Ganges River called the Padma Bridge, shortening travel time by several hours between routes.

Bangladesh is surrounded by about 700 rivers. Two major rivers separating the capital from the south, east and north, force garment manufacturers to transport their goods via ferries first before reaching land.
Minister Obaidul Quader who oversees Bangladesh’s roads and bridges said the four-lane and two-storey Padma Bridge with funding from the Chinese government will considerably boost trade and economic activities in the country.
In 2015, the government of Bangladesh also teamed up with Japan to build the deep-water port in Matarbari, about 100-km south of Chittagong, the country’s major port station where the garment products are transported.
India has also offered help to Bangladesh to address congestion at Chittagong Port and make it easier for its export textile products to be transported.

Its proposal is to make use of the Indian Pangaon to Haldia routes to be loaded on to Colombo or Singapore-bound ships, completing the process within four days instead of the current 12 days via Chittagong.
Bangladesh, which is expanding the capacity of Chittagong Port, hasn’t formally agreed to the proposal despite India’s insistence that its two transshipment ports will ultimately cut down shipping costs benefitting Bangladeshi garment exporters.

Over the past four years, trade between India and Bangladesh grew 38 percent to US$9.1 billion. In September 2018, Bangladesh agreed to allow India to use its Chittagong and Mongla Ports to transport cargo to its eastern states.

Bangladesh has succeeded in improving logistics through modernizing customs clearance procedures. But experts said the country needs to step up its reform plans to catch up with India and Pakistan which are building on the strength of their transportation sector to facilitate commercial activities easier.

The World Bank says Bangladesh should initiate plans to improve systems and procedures at its main Port of Chittagong and its cargo-handling technology. Old systems slow down processing time and prevent producers from developing efficient supply chains from the factory to the buyers’ warehouse, it added.

Global logistics leader Agility in a report titled “Agility Emerging Markets Logistics Index 2018” pointed out many reforms are still needed in Bangladesh to help its economy.

Bangladesh ranked 23rd in Agility’s logistics index and acknowledged its potential to emerge as the new Asian Tiger given the right formula after posting 6%+ economic growth for the past seven years.
The growth has significantly reduced poverty in the country but bad death and overreliance on the textile and garment industry put it at risk.

“Many reforms are needed, however. The government is planning to cut red tape so that it takes seven days to start a business, rather than 19.5, and reduce the time it takes for a company to connect to the national grid to 28 days, from 404,” said Agility in its report.

Its garment industry is also facing risks from emerging markets in Africa offering cheaper labor like Ethiopia. Bangladesh’s fashion & textiles exports amounted to $35.6bn in 2016; Ethiopia’s were just over $100m.
“Possibly the biggest concern for Bangladesh going forward is whether its core industry of clothing, textiles and ready-made garments is vulnerable. There are fears that it could lose out to new competing countries in the Horn of Africa, especially Ethiopia. While many clothing manufacturers are indeed setting up production there, the gulf between them remains enormous,” said Agility.

Another threat is that of automation which means production could be done anywhere with very significantly reduced overhead costs among manufacturers.

Agility said although it has taken a long time for technology to be utilized in the garment sector, its impact is now being felt even in the United States.

“Tianyuan Garments, a Chinese firm that produces for brands such as Adidas and Armani, has invested $20m in a 100,000 sq ft factory in Little Rock, Arkansas. Scheduled to open in 2018, the factory will have 21 robotic production lines supplied by SoftWear Automation (staffed by so-called ‘sewbots’) & will be capable of making 1.2m t-shirts a year,” said Agility.

“The Chairman of Tianyuan Garments reckons that, in a completely automated production line, the cost of human labour works out to be about $0.33 per shirt. In Bangladesh, you pay about $0.22 in labour costs at the moment to make a denim shirt,” it added.

The same labor-intensive approach in the United States cost $7.47. While widespread adoption is years away, Bangladesh’s economy is under threat from sewbots. Sooner or later, it needs to diversify.