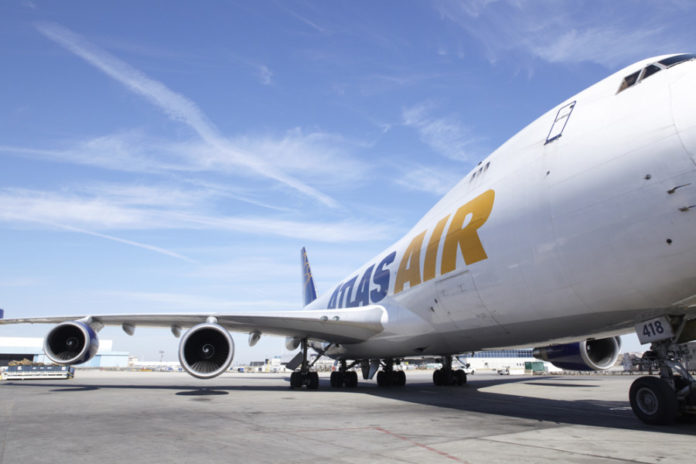 Increased ACMI revenue of $306.5 million reflected an increase in flying, with block-hour growth coming from extra Boeing 767 services for Amazon, Boeing 777s for DHL and starting up Boeing 747-400 flights for new customers.

Dry leasing revenue rose to $69.9 million, reflecting maintenance payments related to the scheduled return of a 777F in March 2019 as well as the placement of incremental aircraft with customers.

William Flynn, president and CEO of Atlas Air Worldwide says, “We are benefitting from a full year of flying the 16 aircraft we added during 2018 for customers such as Amazon, Asiana Cargo, DHL Express, Inditex and SF Express, as well as the three aircraft for Nippon Cargo Airlines that we are adding this year.”

He says the focus on express, e-commerce and fast-growing markets provides a solid foundation for future business and earnings growth.

Flynn says, “We were pleased to announce an expansion of our relationship with Amazon in March. We are scheduled to begin flying five 737-800 aircraft on a CMI basis for Amazon this year, including two starting this month, with up to 15 more by May 2021. This opportunity provides a path to continued expansion in a desirable aircraft type, and it will enhance scale in the 737 platform we operate through Southern Air.”