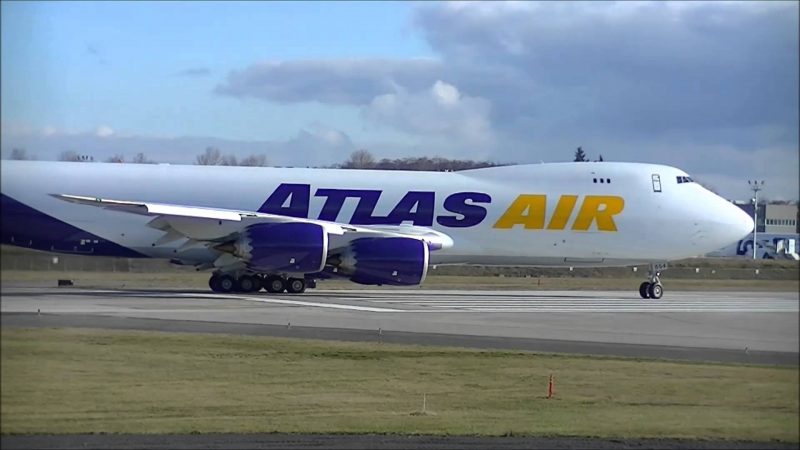 Atlas Air Worldwide Holdings (AAW), riding a wave of strong demand across its diverse business lines, increased its full-year profit outlook 5% and is projecting a 35-40% increase over 2017’s adjusted net profit of $133.7 million on revenues of $2.6 billion.

“We reported record volumes in revenue and robust adjusted net earnings in 2017, and we expect to report sharply higher volumes, revenue and adjusted net earnings in 2018,” AAW President and CEO William Flynn told analysts June 25. “We are capitalizing on a strong market position and our focus on Express, e-commerce and fast-growing global markets. And with the building blocks we have in place, we see opportunities to grow with existing customers and with new ones as well.”

The Purchase, New York-based air cargo operator remains on track to top 300,000 block hours flown—a 20% increase over 2017. Much of this will come from its ramp-up for Amazon Air. AAW has placed 15 of the 20 Boeing 767 freighters it will provide to and operate for Amazon Air, with the remaining ones slated to go into service this year.  Such wet-lease, or ACMI (aircraft, crew, maintenance, and insurance) deals made up about 70% of AAW’s 2017 block hours.

Once a dedicated ACMI operator flying 747s in the traditional freight market, AAW continues to refine its businesses to support express and e-commerce customers, as its Amazon deal and its 41-aircraft placement with DHL Express underscore. Flynn notes that as strong as traditional freight has been of late, the express and e-commerce segments—much of which go unreported by IATA, AAW notes—are growing more rapidly.

AAW also is capitalizing on one-off opportunities to provide lift. For example, it is flying additional charters for Nippon Cargo while the carrier works through a regulatory issue that has grounded much of its fleet. AAW added Nippon as an ACMI customer in 2017.

Looking ahead, Flynn says the integration with Southern Air Transport is ‘on track’ with granting of a single operating certificate from FAA expected in 2019. The largest hurdle is a new pilot agreement. The two sides disagree on how the Southern merger affects the collective-bargaining process, which has stalled talks and triggered a legal battle.

Flynn told analysts the two sides ‘have made steady progress,’ but the pilots tell a different story. They contend management has been dragging its feet, in part to maximize the amount of time the current contracts—which they label “substandard”—are in place. This, they add, is hurting the airline’s ability to meet demand.

“We’re losing 200 pilots a year and we can’t attract enough new ones to keep up,” said Robert Kirchner, an Atlas pilot and executive council chairman of Airline Professionals Association Teamsters Local 1224. “Less than half of new recruits slated to attend our two most recent pilot hiring classes actually showed up.”