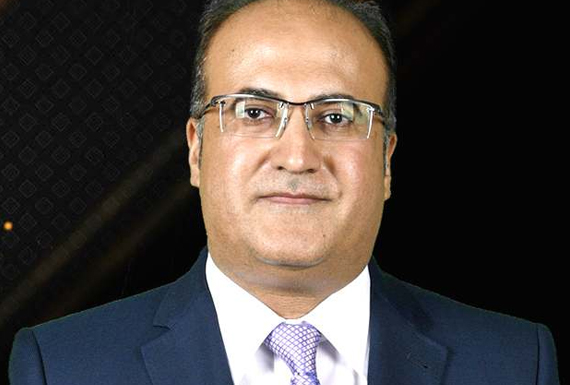 Africa, Kenya in particular, has long been familiar with the name Astral Aviation. It’s been the region’s reliable air freight company that communities and businesses depend on to safely transport relief aid and cargo for the past 18 years. 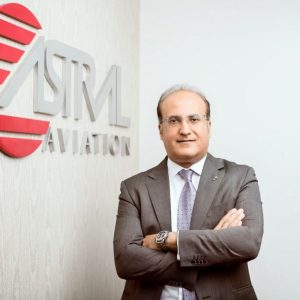 Africa’s need to connect to the rest of the world, even its remotest parts, inspired a UK-educated Kenyan-Indian entrepreneur to venture into air freight industry. State-owned freight carriers in Africa just came out in recent years leaving the private sector to handle humanitarian missions and open up opportunities for African entrepreneurs seeking business across the globe.

“My inspiration was derived on the challenge to access the inaccessible, connect the disconnected, and reach the unreachable,” Sanjeev Gadhia, founder and CEO of Astral Aviation told Air Cargo Update in an email interview.
Gadhia, a banker by profession, first set up a logistics company in Kenya at age 25 after earning his degree in London. Seeing the African communities’ need to be connected, he decided to set up Astral Aviation and his gamble paid off.

“Aviation plays an important role in trade and development in Africa, however, the reality is that Africa is fragmented due to its size and number of countries which make up the continent,” explains Gadhia.
“During the past 18 years, we have uplifted the lives of various communities in Africa, whether it is exporting their flowers, vegetables and fish to the markets of Europe, or importing medicines & humanitarian cargoes to communities, who are at life’s edge,” he proudly says.

Serving Africa early on has been very tough for any air freight carrier, including Astral Aviation, due to violence, sectarian and tribal conflicts, lack of infrastructure, bureaucracy & unstable govern-ments.
Gadhia said South Sudan and Somalia were among the countries in Africa extremely difficult to serve in the early years because of violence and security issues.

“We had several challenges coming from the private sector, such as lack of regulations, infrastructure, comp-liance & bureaucracy in some of the regions we operated in,” he said.
“By far the biggest challenges were the political and security risk which we encountered in very difficult regions such as South Sudan and Somalia, when we commenced our scheduled flights over 8 years ago, although the present situation is very safe,” he added. 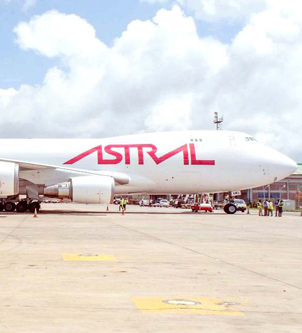 South Sudan only became an independent country in 2011. It has the third largest oil reserves in Sub-Saharan Africa and is also rich with petroleum, iron ore, copper, diamonds, zinc, tungsten, among other minerals and natural resources.

But despite its vast natural resources, it remains one of the world’s most underdeveloped with high illiteracy rates.

After decades of civil unrest, Somalia, on the other hand, is slowly rebuilding itself. It has the largest population of camels in the world actively traded across the region.

Last year, Astral Aviation handled 40,000 tons of cargo and expects to handle similar volume by end-2018. But the company has bigger plans for the coming years with the help of its new shareholder NAS/Network Airline Services which has offices in over 30 countries around the world.

“Astral Aviation is a fairly small airline in Africa. However, we have some big plans for the region. We uplifted approximately 40,000 tons of cargoes in 2017 and expect a similar tonnage in 2018,” shared Gadhia.

Astral Aviation currently has a team of 60 employees. In addition to its head office in Nairobi, Kenya, it also concurrently hold offices in Tanzania, Uganda, Rwanda, Somalia, South Sudan, Comoros and Mozambique. 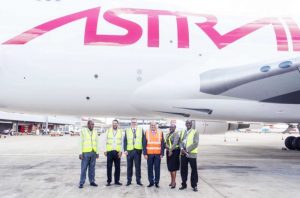 “We are expanding our fleet by acquiring B737F and B767F in 2019 with new destinations intra-Africa and also to and from DWC. We are setting up a hub in West Africa in 2019 and in South Africa in 2020 which will enable us to implement our Pan African vision of having three hubs in Africa which will cover 60% of the continent,” shared Gadhia who noted that their biggest market remains the intra-African market.

Additionally, the company is also exploring business opportunities in using commercial drones for cargo which would enable even the remotest parts of the continent access to freight.

“We are working on several projects using commercial drones which will enable us to offer unique and innovative solutions to Africa’s problems,” Astral Aviation’s CEO added.

Though small, Astral Aviation has built a trusted name for itself in the very competitive air cargo industry and Gadhia says every day is a great moment for their team for they know that they are making a difference.
“It’s an honor and privilege to be a part of the fastest growing aviation industry in the world. Our greatest moment is felt every day when we make a difference in the lives of the people we serve and the partners who entrust us with their cargoes,” says Gadhia. “A proud moment is winning the Stat Times ‘African Carrier of the Year Award’ four times in a row at the Air Cargo Africa event.”

Tough yet ripe for growth

Africa remains a tough place for aviation business due to a number of factors but it also has huge potentials for growth.

“Africa is a tough place to run an aviation business due to the dominance of foreign carriers who control 80% of the passenger and 85% of cargo traffic to and from the continent. High cost of business, Lack of Infrastructure, Political Risk, Weak Regulatory Framework and Lack of finance are some of the challenges we have experienced,” explained Gadhia who noted that in terms of aviation, Africa represents only 2% of trade.

SAATM is a flagship project of the African Union seeking to create a single market for the air transport industry in Africa. Once fully enforced, it would mainly liberalize flight frequencies and capacity limits in the continent.

Born in the lakeside town of Western Kenya, Sanjeev Gadhia was educated in Bangalore, India and studied at the University of London for his degree in banking and finance.

Sanjeev’s exposure in the aviation industry began at 17 when he worked for his uncle’s travel agency in London where he specialized in selling package holidays to the US and Canada, inspiring his great interest in traveling.
Upon his return to Kenya, at age 25, he set up his own company dealing with procurement and logistics.
“My interest in aviation was in the glamorous passenger business, however, on my return to Kenya, I felt the need to specialize in air-cargo due to the lack of freighters in East and Horn of Africa, to meet the humanitarian requirements of the UN,” recalls Sanjeev who is a banker by profession.

At 30, Sanjeev branched out to aviation, establishing Astral Aviation which specializes back then in sending aid and relief to the region and eventually diversifying in project cargoes in Tanzania.

“My journey continued to diversify into Western aircraft which we operated in the East African region after which our JV with Network Airline Services/ANA Aviation UK resulted in us operating 2 x B747F’s between Africa and Europe,” the entrepreneur said.

Though small compared to other air carriers in the region, Astral Aviation sustained growth over the past 18 years.
Astral currently operates a fleet of F27 (5 tons), DC9 (15 tons) and B727-200 (24 tons) Freighter within its intra-African network spanning to 50 destinations, in addition to a wet-leased B747-400 Freighter on the Nairobi – London and Liege sector.

For Sanjeev, success is a journey, not a destination. It involves a lot of work, dedication and perseverance.
“The journey of an entrepreneur is based on hard-work, commitment and self-confidence. Patience and perseverance is an important trait for success. In Africa, we have many opportunities and even more challenges, with the temptations of taking short-cuts which often lead to devastating results. There is no short-cut to success which is a journey and not a destination,” Sanjeev shared.

Within its intra-African network, which encompasses 50 destinations, Astral operates a combination of scheduled and adhoc charters along with value-added leasing services. Its interline agreements with over 20 Interline Partners; along with preferential agreements with the leading global and local freight forwarders; and partnerships with over 25 global GSA’s, facilitate the consolidation of cargoes at the freighter-friendly Jomo Kenyatta International Airport and Liege Airport.