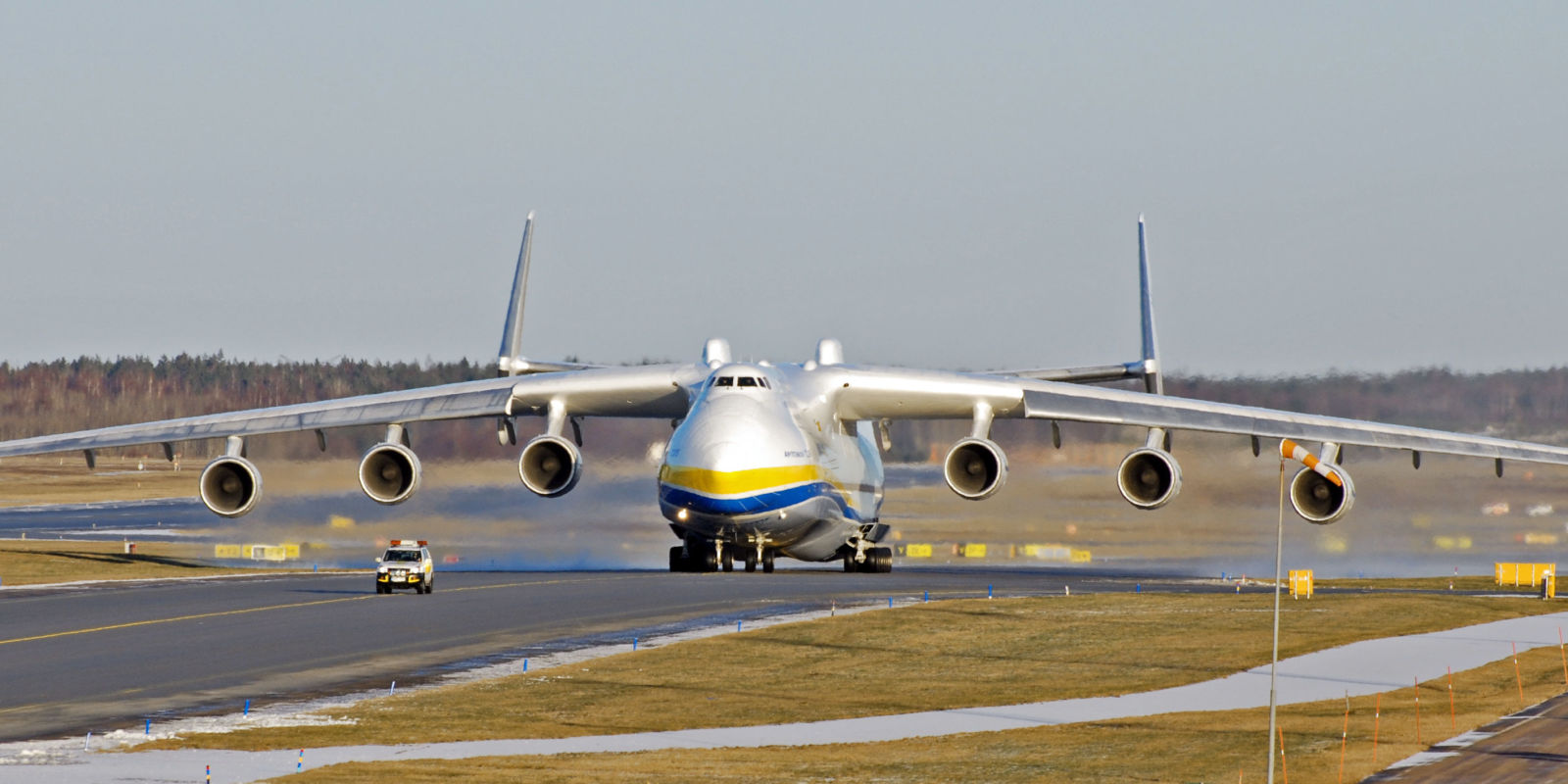 ANTONOV Airlines has safely transported three giant compressors, on behalf of their customer Kuehne + Nagel in Norway, on one of its seven AN-124-100s, from its UK base at London Stansted Airport to Incheon International Airport, Seoul, South Korea.

ANTONOV is the only airline in the world that carries an adaptor on board each of its giant aircraft, allowing it to extend the lift of its crane system by 10,000 kg, giving a final lift capacity of 30,000 kg.

“By modifying the shape of the crates for this operation, we did not need to use additional ramp equipment and did not need to carry extra equipment on the aircraft,” said Martin Griffiths, Commercial Manager, ANTONOV Airlines, who organised the charter.

“This resulted in a faster loading process and reduced costs to the customer.”

ANTONOV Airlines was the first to offer the AN-124-100 commercially and also flies the largest aircraft in the world, the AN-225, with a payload of up to 250 tonnes that holds 242 world records.

ANTONOV’s Chief Pilot Dmitriy Antonov, who pilots the AN-225, flew the compressors to their new home in South Korea.

The cargo was delivered to London Stansted Airport recently on a fleet of three Jan de Rijk Logistics trucks.

“We are honoured to be part of this project. It shows once again the confidence our customers have in us to transport equipment of high value that requires delicate handling,” said Sebastiaan Scholte, CEO, Jan de Rijk Logistics.

“Our aerospace unit was involved in this operation, using their years of experience of complex off-size cargo.

“We operate with special permits and have extensive experience in handling projects at the tarmac of London Stansted Airport.”

The aircraft landed and the cargo was offloaded in Incheon, South Korea on Friday 7th April 2017.

ANTONOV Company, the design and maintenance authority for the AN freighter fleet, provides technical expertise for moving project and outsized cargo safely and economically around the world.

Last week, Antonov test flew a new multipurpose aircraft, the AN-132D, which is intended for operation on short and medium-haul routes.