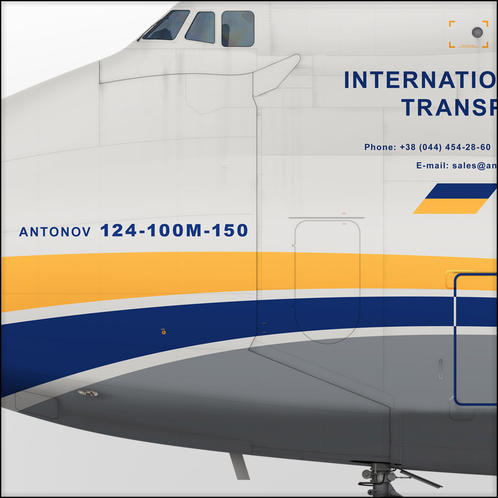 ANTONOV Airlines has delivered a new engine to a B777-300 grounded in Iqaluit, in the Canadian Arctic, following an emergency landing by the jet.

The engine, a General Electric GE90, was delivered safely to the grounded Swiss International Air Lines aircraft, less than 48 hours after the jet landed in Canada.

It was transported on one of ANTONOV Airlines’ seven AN-124s.

The unserviceable engine was then loaded onto the AN-124 and transported to East Midlands Airport, UK.

“It was important to get the new engine to Canada as soon as possible after the incident, and be flexible enough to stay on the ground for as long as was needed,” said Martin Banns, Commercial Executive at ANTONOV Airlines in the UK, and responsible for organising the flight.

“Remarkably, despite sitting on the ground for five days in those extreme temperatures, our AN-124 required no de-icing due to a lack of moisture in the air.”

The GE90, which is the most powerful turbofan engine in the world, measured 725cm in length, 378cm in width, and was 399cm high. It weighed 13 tonnes.

Passengers and crew on board the Swiss International Air Lines flight from Zurich, Switzerland, were safely flown on to their destination in Los Angeles, USA, within hours of the emergency landing in Canada.

ANTONOV Airlines last flew to Iqaluit 20 years ago in 1997.