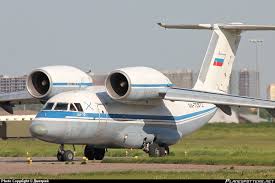 AN-225 flies its first voyage from Ukraine to AbuDhabi

The world’s largest cargo plane, the Antonov An-225 Mriya (AN-225), took its first voyage from Ukraine to Abu Dhabi carrying a shipment handled by Freightworks, the WACO System member for the UAE.

The six-engine, 600-tonne aircraft, which has twice the wing area of a Boeing 747, was transporting a compressor skid and associated system equipment. There were six pieces of cargo weighing a total of 155 tonnes.

“We have a dedicated project team in place for pre-planning the handling of such moves,” said Andrew O’Donnell, Director Projects, Removals and Fine Art, Freightworks.

“This ensured smooth access airside for all equipment and personnel prior to plane arrival and a total of seven hours to offload the cargo.”

Freightworks contracted Freightworks Logistics in Abu Dhabi to complete destination services, which included arranging and undertaking the offloading of the AN-225 airside, and onward transportation to the final destination.

“Handling for the largest aircraft in the world has been an exciting challenge for the Freightworks team,” said O’Donnell.

“Now and then, there are seminal events in the airfreight industry, and we are honoured to have been a part of this one.”

This was only the second journey to Abu Dhabi for the colossal aircraft, which has a wingspan of 88 metres. It landed at Abu Dhabi International Airport on Saturday, 21st May at 12.30pm.

“It’s always a pleasure to hear of our members’ achievements, and to service, the largest aircraft in the world showcases just what The WACO System is all about,” said Richard Charles, Executive Director, The WACO System.

“Handling cargo for the Antonov AN-225 on what is only its first journey to Abu Dhabi has allowed Freightworks to demonstrate the expertise and ability which The WACO System requires all its members, and in an engagement which demanded nothing but the best.”

A Boeing 747 was also chartered for the same project, and an additional 45 packages, amounting to 78 tonnes, were handled by Freightworks Logistics Abu Dhabi before being delivered to the final destination at the project site in Rumaitha, UAE.