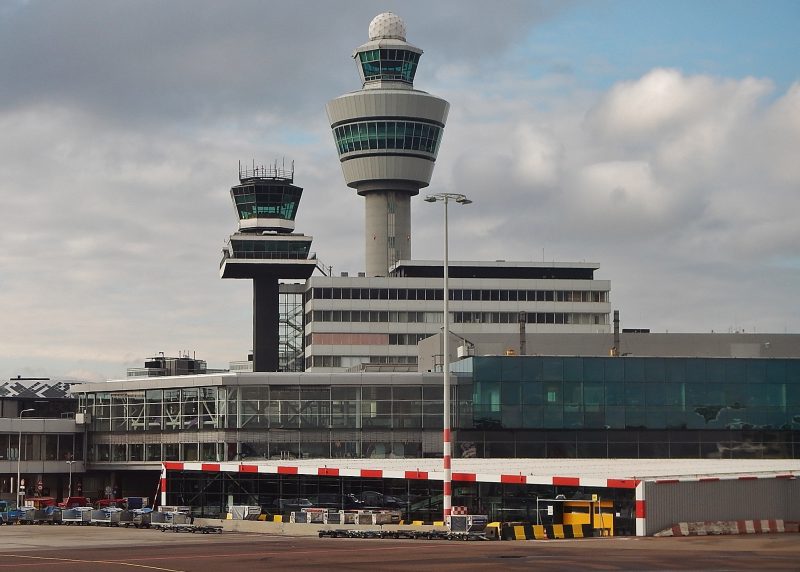 Amsterdam Schiphol Airport saw its cargo volumes decline by 13.8% year on year in the first six months of the year as weaker market conditions and the loss of AirBridgeCargo services hit volumes.
The airport handled a total of 721,746 tons in the first half of the year, with inbound cargo volumes decreasing by 17.5% on last year to 364,376 tons and outbound volumes sliding 9.7% to 357,369 tons.
Freight volumes were shipped in two categories of flights: full freighters, which accounted for 65% of total volumes, and passenger flights at 35% of total volumes.
“The main factors attributable to the decrease observed in 2022 were the global decrease of volumes transported and the loss of volumes from a large carrier operating from Russia,” the airport said.
“The decrease follows a worldwide trend, with growing capacity on passenger flights, concerns about economic development worldwide, production and transport issues in Asia, and the war in Ukraine.”
The airport didn’t name AirBridgeCargo, but the Russian carrier was a big user of the airport and has suspended flights due to western sanctions following the invasion of Ukraine.
Looking at regional performance the top three destinations for cargo by tonnage were Shanghai, Dubai and Chicago.
Outbound cargo to the Asia region from Schiphol decreased by -10.3% to 117,694 tons, while inbound traffic from the region also went down by -14.6% to 123,704 tons.
The outbound North American market decreased by -9.1% to 84,786 tons, with inbound traffic from here declining by -10.5% to 58,101 tons.
Cargo inbound from Latin America decreased by -22.3% to 46,827 tons and outbound traffic to the region went down by -14.6 % to 35,242 tons.
For the Middle East market, inbound cargo from the region decreased by -12.0% to 51,624 tons, and outbound cargo decreased by -5.7% to 57,567 tons.
The figures for European outbound traffic decreased by -13.2% to 40,670 tons, while inbound cargo decreased -35.7% to 42,153 tons.
Outbound traffic to Africa decreased by -3% to 21,411 tons, with inbound traffic decreasing -12% to 41,962 tons.
While volumes decline in the first half of the year, the airport highlighted recent investments in a press release.
Anne Marie van Hemert, head of aviation business development, Schiphol Airport, said: “In the first half-year, innovation through our Smart Cargo Mainport Program has continued.
“Automated Nomination has been introduced as the new standard procedure for inbound cargo, which informs customers about incoming shipments before arrival. Going forward, additional measures will be implemented for secure cargo handovers.”
The airport also highlighted that at the start of 2022, dnata announced a €200m investment in new cargo facilities at Schiphol Airport.
“Schiphol looks forward to remaining an attractive hub and being the most sustainable airport with an efficient cargo flow,” said van Hemert.
“Together with our cargo community, we want to shape Europe’s smartest cargo hub.”
Earlier this year, the Dutch government announced plans to reduce the number of flights from Schiphol from November next year as part of efforts to reduce noise and environmental pollution.
The government plans to reduce the number of slots at Schiphol by 12% from the current 500,000 per year to 440,000. If a previously planned increase to 540,000 is taken into account, the reduction is 20%.