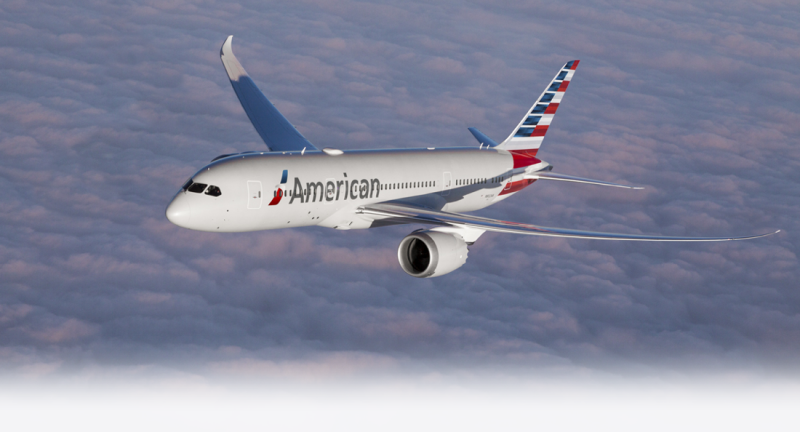 WHEN American Airlines relaunched cargo-only flights in March, its cargo team started with 20 strategic flights to two key destinations. This September, its cargo-only schedule will total more than 1,000 flights serving 32 cities; a plan that began as an experiment has now grown exponentially over the last six months.

By more than doubling its cargo-only flying compared to August, American Airlines Cargo is able to meet customer needs amidst a time of record demand.

Since being reintroduced, American’s cargo-only flights — which had not been operated in more than 35 years — have moved more than 45 million pounds of cargo around the world.
American has changed greatly since its last Boeing 747 freighter landed in 1984, so team members from the airline’s cargo, network planning, and operations teams joined forces to write a new strategy. The plan would allow American Airlines Cargo to better serve its shippers despite a decreased passenger flight schedule caused by the coronavirus (COVID-19) pandemic.

“We didn’t have a playbook. We’d never done this before,” said Maulin Vakil, American’s director of cargo revenue at the time. “We began to explore how much cargo we could take if we couldn’t transport passengers.”

After walking through dozens of what-if scenarios, team members discovered it would be possible to successfully fly regularly-scheduled long haul service with nothing but cargo in the aircraft’s belly.

The final push to plan American’s resumption of cargo-only service came as the COVID-19 outbreak progressed and the vast majority of passenger air travel to Asia and Europe was suspended. On March 17, the team that had originally explored the possibility of cargo-only flying was called to put their plan in motion. After exploring their options, the group began planning a cargo-only flight from Dallas-Fort Worth (DFW) to Frankfurt (FRA) scheduled for Friday, March 20.

While figuring out the safety, logistics and economics of the flight was a challenge, team members were prepared for the test. Crews were briefed, safety procedures were established, and international rules were carefully followed. Four days after the team set their plan into motion, American operated a Boeing 777-300 from DFW to FRA as its first cargo-only flight of the 21st century.

With the flight to FRA a success, American began operating cargo-only flights to Hong Kong (HKG) shortly after. A few weeks later, team members planned safe and efficient ways to serve Shanghai (PVG), Beijing (PEK) and Seoul (ICN). Many of these flights deliver PPE and medical supplies from Asia to U.S. soil, as well as mail, clothing and hard goods.
“We essentially started our own little airline,” said Tom Howard, a manager at American’s Integrated Operations Center, who led the development of the operation. “We had to build all of this out and coordinate how it flows with our scheduled passenger service because, well, we’re a passenger airline.”

Dennis Fiddler, a customer service manager at American’s cargo facility in Miami, added: “It’s satisfying to know that we are both keeping American in the air and keeping the world economy afloat. We ensure countries are able to supply others with essential supplies. Although it feels like our borders are further apart because of COVID-19, our team is able to shorten that distance during this time of need.”

What initially started as a few test flights became a dependable service for customers as demand continues to grow.
This September, more than 1,000 scheduled cargo-only flights will be accompanied by more than 1,200 passenger flights also offering cargo services, giving Cargo customers access to more than 2,200 flights in the month.