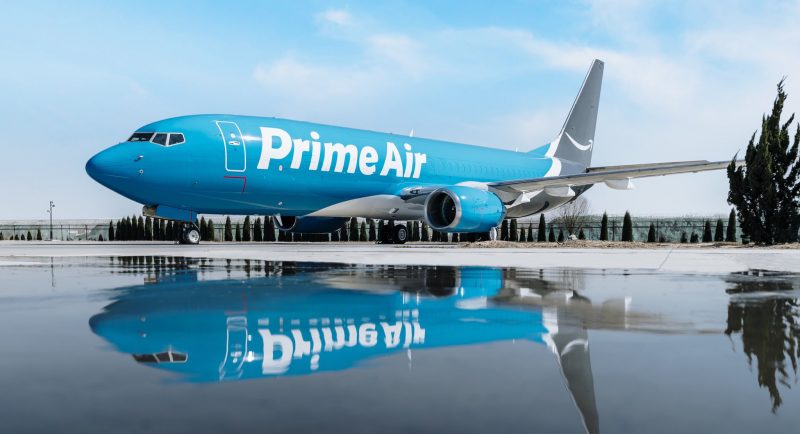 E-commerce giant Amazon has confirmed the launch of air cargo operations in Europe after months of speculation.

The e-tailer announced that it had leased two branded Boeing 737-800 aircraft from GECAS that will be operated by ASL Airlines on behalf of Amazon Air in Europe, following the start of operations at its first-ever regional air hub in Europe this month at the Leipzig/Halle Airport.

The site has already started to support customer deliveries with two daily flights.

“This new Amazon Air operation in Europe will enable the company to continue to deliver for customers at a time when people in communities across the region are relying on having the items they need delivered directly to their doorstep.”

The two aircraft appear to have the registration EI-DAC and EI-DAD, although some sites also list EI-DAF as being flown on behalf of Amazon.

While two of the aircraft aren’t showing any flight data over the last seven days, according to Flight Radar 24, EI-DAD is shown as largely operating between Cologne, Madrid and Milan, with calls also at East Midlands in the UK and Katowice in Poland.

Dietmar Jüngling, the former general manager of the Amazon Fulfillment Center in Leipzig, will lead the expanded operation.

“We have been hard at work to build and train a team to build our air cargo network in the region while maintaining a safe working environment,” Jüngling said. “Our objective is to ensure we are able to support the changing needs of customers during this challenging time and beyond.”

“We have scored points in Central Germany with our exceptionally good infrastructure and our recognized expertise in airfreight. Leipzig/Halle is already number two in the German airfreight business and number five in Europe. We will invest heavily to expand our position. This will benefit the region, but also the whole of Germany as a business location.”

It has long been expected that Amazon would launch its own dedicated airline in Europe, especially since it announced plans to open an air hub in Leipzig.

The e-commerce firm has also been known to have been working with ASL over recent years, as well as DHL, which uses Leipzig as one of its hubs.

The facility is creating more than 200 jobs, adding to the more than 1,500 jobs the company already offers in Leipzig. Amazon has been operational in the Leipzig region since 2006.