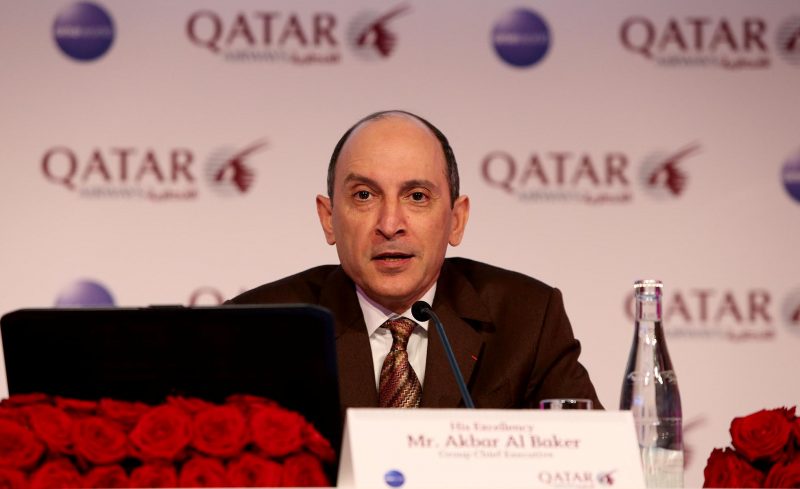 The International Air Transport Association (IATA) recently announced that Qatar Airways Group Chief Executive, His Excellency Akbar Al Baker, has assumed his duties as Chairman of the IATA Board of Governors (BoG) for a one-year term effective from the conclusion of the 74th IATA Annual General Meeting in Sydney, Australia. Al Baker is the 77th chair of the IATA BoG and the first CEO from Qatar Airways to hold the position. He has served on the BoG since 2012. He succeeds Goh Choon Phong, CEO of Singapore Airlines.
Qatar Airways Group Chief Executive, His Excellency Akbar Al Baker, said, “I am delighted to be here in Sydney and honored to be leading the IATA Board of Governors as Chairman for the year ahead. To be nominated to such a prestigious leadership position in the industry is a great honor, made all the more pertinent in the difficult circumstances in which Qatar Airways currently operates.

“I look forward to continuing my work in the coming year for our great aviation industry, connecting safely the peoples of the world, a sector which will only continue to grow in the years ahead, and one in which I am most proud to work and represent one of the world leading airlines.”

Al-Baker was named Qatar Airways’ Group Chief Executive in 1997. In this position, Al Baker has spearheaded the growth of Qatar Airways from a small regional carrier into a major global. He was president of the 70th AGM, which was held in Doha in 2014.

“I want to thank Goh Choon Phong for his strong support and leadership over the past year. He has led major changes in IATA’s governance that will enable the association to work even more closely with its members. Under his leadership the industry approved a major modernization of our settlement systems, and made excellent progress on transformative initiatives such as New Distribution Capability and ONE Order. Choon Phong’s insights were particularly helpful as we contended with the PEDs ban and growing infrastructure capacity shortfalls in key regions, while also working with governments to prepare for the arrival of the historic CORSIA program to help airlines manage their future emissions growth,” said Alexandre de Juniac, IATA’s Director General and CEO.

“I am confident that Akbar will be a strong voice on behalf of the Business of Freedom in the face of growing challenges including creeping re-regulation and a movement away from open borders and toward trade protectionism and restrictions on the free movement of people. I look forward to working with him on these and other key industry issues,” said de Juniac.

IATA also announced that Carsten Spohr, Chairman and CEO of Lufthansa, will serve as Chairman of the BoG from June 2019, following Al Baker’s term.