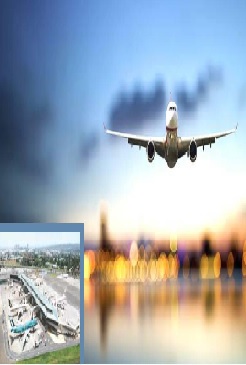 JOHANNESBURG: Airports Company South Africa, which owns nine airports in the continent, posted revenue growth of 3.4 percent year-on-year through March 31, 2017, resulting to 10 percent increase on its profits valued at R2 billion (about US$150 million).

Bongani Maseko, Chief Executive Officer of Airports Company South Africa, said the company continued to be resilient meeting about 76 percent of its key indicators, despite the sluggish economic growth in Africa.

“The overall financial position of the Company therefore remains healthy despite regulatory uncertainty and difficult economic conditions .Operationally, we are adapting well to a new tariff regime from the regulator which required a 35.5% reduction for the 2018 financial year with increases in the following two years of 5.8% and 7.4%,” said Maseko.

The Company reported a total of 20.0 million (2016: 19.4 million) departing passengers from the nine airports it owns and operates.

While domestic passenger growth was subdued at 2.2%, the Company reported strong growth of 6.1% in international departing passengers.

Aircraft landing volumes were flat for domestic flights and up by 2.5% for international flights, indicating higher passenger utilisation of scheduled flights.

Maseko noted that Airports Company South Africa has managed to significantly reduce its debt levels over the past five years.