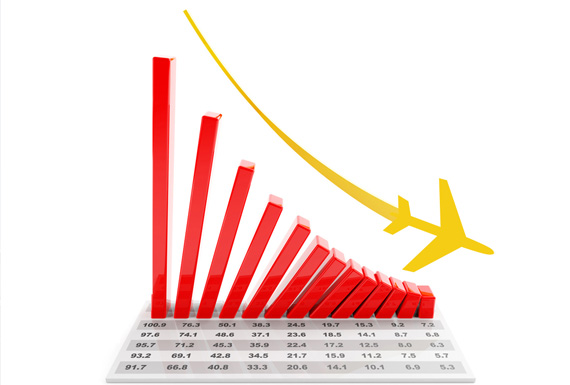 Airfreight rates on major trade lanes ended the year on a high as supply chains remained under pressure.

The latest figures from the Baltic Exchange Airfreight Index (BAI) show that average prices from Hong Kong to North America in December reached $12.72 per kg – their highest level of the year and up by $1.18 per kg on November.

From Hong Kong to Europe, rates also reached a high for the year of $8 per kg, up slightly on November’s $7.91 per kg. Frankfurt to North America rates for December stood at a high of $5.21 per kg.

Rates typically reach their highest level towards the end of the year as the industry enters the peak season.

This year, figures from CLIVE Data Service show that demand in fact weakened in December, but prices were supported by supply chain bottlenecks, which resulted in companies scrambling to move their goods.

On weekly basis, rates on all three trade lanes declined as the month progressed, but lockdowns and cargo crew quarantines in Asia – particularly Hong Kong – suggest a challenging start to the year.

The Beijing Winter Olympics – due to start on February 20 – and the start of the two-week Chinese New Year holiday on February 1 are expected to pile further pressure on supply chains.

Meanwhile, average prices for the year as a whole were also on the rise for the second year running.