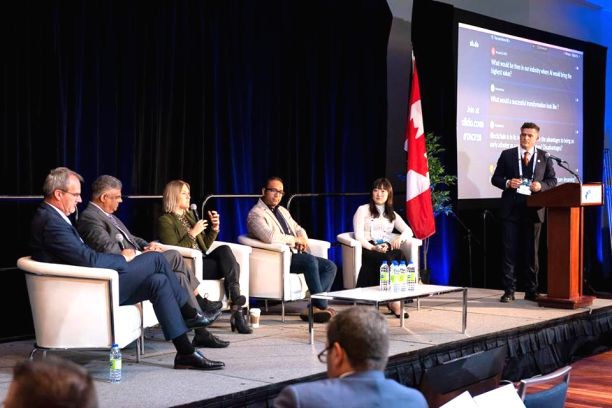 A digital world is the new normal

Air freight will remain an integral part of global business but the industry which accounts for US$2.7 trillion of the world’s economy must embrace it now or lose itself in the ongoing industrial revolution that demands more use of artificial intelligence, robotics and automation to speed up the process of doing things.

TORONTO: Air freight will remain an integral part of global business but the industry which accounts for US$2.7 trillion of the world’s economy must embrace it now or lose itself in the ongoing industrial revolution that demands more use of artificial intelligence, robotics and automation to speed up the process of doing things.

While most carriers and others in the industry’s supply chain have already invested in technology to keep up with digitalization more needs to be done, according to experts who discussed at length the topic at The International Air Cargo Association (TIACA) Air Cargo Forum held in Toronto, Canada on October 16-18.

Executives from eBay Canada, OMX, CHAMP Cargosystems, Unisys, and S/HE Blockchain who shared their insights on the subject all agree digitalization is the way forward for the industry which employs 65.5 million workers worldwide, including those in the aviation. 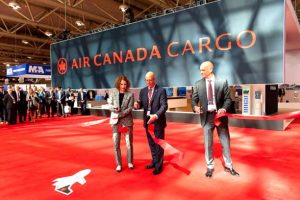 “This is what the future is, but technology is not just about Blockchain,” sympathised

Arnaud Lambert, CEO of CHAMP Cargosystems, said technology is the future but it’s not just about Blockchain but rather its effect on small things in our lives with big impact.

“Technology simplifies the process, starting with the customer in mind,” he said.

The panelists all agree an industry-wide change of mindset is necessary along the help of major stakeholders.

“The information is available today, but it is not shared,” stressed Kholi. “Technology will help and facilitate, but the first step is a mind change in allowing information to be distributed outside an organization.” 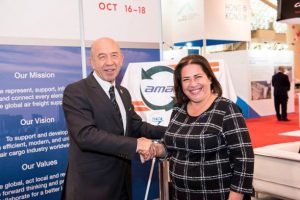 Sumit Srivastava, Head of Business Development and Seller Acquisition and Scaling, eBay Canada, noted: “If we are going to build a future, we have to start to act today.”

More than 500 delegates attended the opening plenary of ACF which included two days of discussions with topics ranging from Blockchain and the Fifth Industrial Revolution, to the state of the market, regulatory updates, and unmanned freight aircraft. An exhibition was also hosted at the venue which included Air Canada, Brussels Airport, Jan de Rijk Logistics, and Turkish Cargo.

Citing studies from the McKinsey Institute, it was highlighted that transportation and warehousing are the third most automatable sector with about 60 percent of work replaceable by automation. This would likely cover both the T&L vertical and the warehousing elements of retail and manu-facturing.

Growth in the horizon

Despite some challenges, industry experts forecast the air freight industry to sustain growth in the coming years with much of the commodities traded requiring its services, particularly in e-Commerce.

Darren Hulst, senior managing director of marketing at Boeing, told the delegates Boeing sees the air cargo industry to post 4.5 percent growth between 2018-2022 and world trade is likely to grow 4.2 percent during the period. 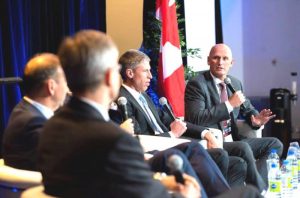 Hulst said e-Commerce is the game changer in today’s world. To illustrate his point, he said in 24 hours about 1.1 million smart mobile phones are shipped worldwide and about 20 million parcels are transported.

Airbus’s global market outlook forecast is also rosy albeit more conservative than Boeing at 3.7 percent in air freight and 3.4 percent for world trade in the next few years.

Vladimir Zubkov, secretary general of TIACA, said about 90 speakers participated at this year’s ACF, which he described “as a sign of an increasing interest of our members and even non-members to sharing their knowledge, views, and achievements and to be on the agenda with a presentation or remarks during a panel.”

“The range of subjects was very wide: the latest regulatory challenges, collaboration with the legislators, the booming market of distribution warehouses in the context of e-commerce, the power of Blockchain, which was so much in demand that it required two sessions and several others which managed to keep the attention of the participants from the first minute until the last one,” the official noted. 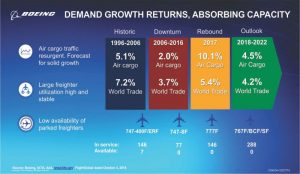 Zubkov said the exhibitors had shown optimism and satisfaction in participating in the event which the body sees as a good indication to “steer the ACF 2020 in Miami in the right direction.”

At the forum, TIACA and the Germany-based Messe München signed an MoU agreeing to combine their strengths in organizing conferences and networking to make the next ACF a success.

Under the MoU, Messe Muenchen will organize the next ACF while TIACA will retain control of the content of the conference. Conversely, TIACA will be a strategic partner at Messe Muenchen transport logistic events in Munich, Shanghai and Istanbul. Both companies agreed to jointly promote the events.