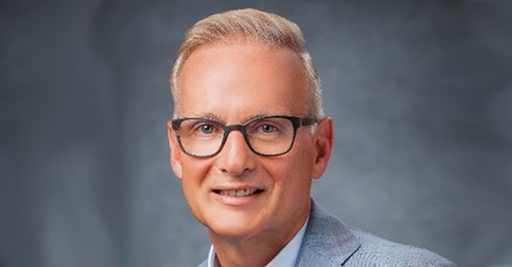 Air New Zealand appoints business leaders to its Board of Directors

Air New Zealand is appointing two outstanding business leaders to its Board of Directors.

Former global Chief Executive Officer of Avis Budget Group Inc Larry De Shon and former Freightways Manager Director Dean Bracewell will join the Board from 20 April 2020. The appointments are to fill the vacancy left by Sir John Key, who retired as a Director last month, and as part of succession planning for when Deputy Chairman Jan Dawson steps down at the Annual Shareholders’ Meeting in September after nine years as a Director.

“Larry will bring outstanding international business, transport and aviation experience to the Board. He was responsible for 11 brands and over $9 billion in revenue when he retired from Avis Budget Group last year and had a distinguished 28-year career with United Airlines where his Executive responsibilities included Airport Operations, Marketing and On-Board Service,” says Chairman Dame Therese Walsh.

“Larry is well familiar with New Zealand from his time leading Avis Budget Group globally and has a keen sense of the opportunities ahead for Air New Zealand both domestically and internationally. His deep experience in growing a global business in the wake of the GFC is also timely given the phase Air New Zealand will go through rebuilding post Covid-19,” she says.
Mr De Shon says it is a privilege to be appointed as a Director of Air New Zealand.

“The airline is deservedly considered one of the best in the world and has been for many years. Its service ethos, commitment to sustainability, innovative approach to product development and operational excellence are the envy of not just airlines but many companies around the world. I am delighted to play a role in helping support the Board, Chief Executive Officer Greg Foran and all Air New Zealanders to grow this great airline,” Mr De Shon says.

Dame Therese says Mr. Bracewell’s deep transport and logistics experience will be of immense value to the Board.
“Dean is one of New Zealand’s most highly regarded business leaders and intimately understands what it takes for a company to succeed in a tough and competitive environment. As we seek to rebuild Air New Zealand after the impact of Covid-19, he brings commercial and leadership skills that will further strengthen the Board,” she says.
Mr. Bracewell is currently a Director of Tainui Group Holdings, Property for Industry Limited and the Halberg Foundation. He is also a member of the Government’s Future of Rail Steering Group.

Mr Bracewell, who is of Ngāti Maniapoto and Ngāi Te Rangi descent, says he is thrilled to be given the opportunity to play a role in supporting Air New Zealand’s future success.

“Air New Zealand is a world class company that has earned the respect and love of Kiwis and customers around the globe. While it has challenging times in front of it, the future will ultimately be bright,” Mr. Bracewell says.
Mr. De Shon and Mr. Bracewell will be up for election by shareholders at the Annual Shareholders’ Meeting this year.

Meantime, former New Zealand Council of Trade Unions President Ross Wilson has been appointed as an independent advisor to the Air New Zealand Board of Directors providing strategic advice from a unionized worker perspective as the company reshapes its workforce in the wake of the impact of Covid-19. Ross has a strong background in employment relations and governance.