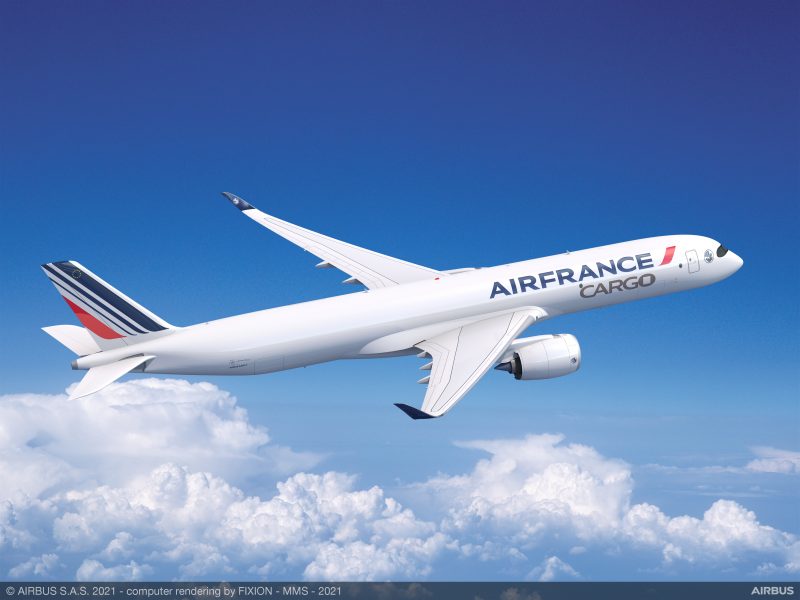 PARIS: Air France-KLM says it has decided to convert into a firm order the Letter of Intent it signed in December 2021 for the acquisition of 4 Airbus A350F full freighter aircraft – with purchase rights for an additional 4 planes for Air France.

These aircraft will be operated by Air France and be based at Paris-Charles de Gaulle airport, the airline’s global hub, equipped with a state-of-art 14,000 square meters cargo terminal.

In the context of a steady and sustainable growth of demand for air cargo, Air France-KLM continues to bolster its world-leading network built around the powerful Paris-Charles de Gaulle and Amsterdam-Schiphol hubs. These aircraft will increase Air France’s cargo capacity, which currently consists of 2 Boeing 777F, supplementing the belly capacity of the airline’s 100+ wide-body passenger aircraft.

The Airbus A350F full freighter provides the most advanced technology and efficiency standards. Compared to previous generation aircraft, it offers 11% more volume while enabling a 15% reduction in fuel burn and CO2 emissions, notably thanks to its reduced weight and efficient Rolls Royce engines. It will therefore play a key role in shaping the future of Air France-KLM as an industry leader in sustainable air cargo transportation.

Air France-KLM will be among the launch operators of the A350F full freighter. This order comes with full substitution rights to Airbus A350 passenger aircraft, which constitute the new flagship of Air France’s long-haul fleet. The airline currently operates 15 of the 38 aircraft of the type on order.

“This order embodies Air France-KLM’s determination to strengthen its position on the buoyant cargo business,” said Benjamin Smith, CEO of Air France-KLM. “The Airbus A350 passenger version has been instrumental to the improvement of our economic and environmental performance, while proving to be a passenger’s favorite. We are thrilled to be among the launch customers of its freighter version, which will significantly increase our capacity and give us the means to continue to provide the best service to our customers around the world.”