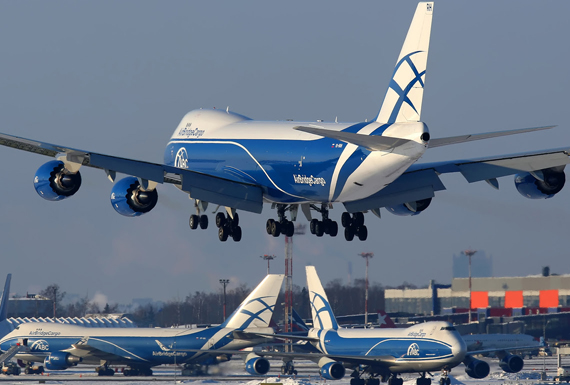 Global air cargo demand bounced back into growth in April after a -3% dip in March, with high load factors keeping the international airfreight system under significant strain as the traditional surge in summer capacity has so far failed to materialize for a second consecutive year, say industry analysts CLIVE Data Services and TAC Index.

CLIVE’s first-to-market weekly and monthly air cargo market data shows volumes in April up 1% over April 2019 and +78% compared to the same month of 2020, continuing the positive trend seen in the opening two months of this year. The second half of April 2021 showed particularly strong year-over-year growth, up 6%.

To provide a meaningful perspective of the air cargo industry’s performance, CLIVE Data Services is continuing to focus on comparing the current state of the market to pre-Covid 2019 volume, cargo capacity and load factor data until at least Q3 of this year. This is being produced alongside the 2020 comparison.

Despite the similar volumes as in April 2019, the pressure on available airline cargo capacity is much higher. Overall capacity was down 18% versus 2019 as the increase in belly capacity seen then and in previous years, as airlines increased from winter to summer schedules, remained grounded due to continuing Covid restrictions on international passenger movements. Consequently, CLIVE’s ‘dynamic loadfactor’ for April of 71% – based on the volume and weight perspectives of cargo flown and capacity available – was 10% pts higher than in 2019 and 4% pts above the level of a year ago.

“The air cargo market shifted gear again in April. The month-over-month change from -3% to +1% is quite a jump, but a dynamic loadfactor of 71% represents a tremendous strain on the air cargo system. This lack of bandwidth capacity-wise is being exacerbated by the fact there is no summer schedule based on passenger demand, which is contributing to the high rates being reported in the market,” said Niall van de Wouw, Managing Director of CLIVE Data Services. He added: “Airlines operating ‘preighter’ services need these rates in order to operate cargo-only operations because the margins on these services are very thin.”

TAC Index data for April shows the impact of the volume vs. capacity conundrum on airfreight rates.

Gareth Sinclair of TAC Index commented: “There has been a big bounce back from the slowdown we saw in March with prices strengthening, driven by demand outstripping capacity in several markets, with some lanes recording higher pricing levels versus the highs seen in 2020. The BAI (Baltic Air Freight Indices) increased by almost 17% in April over March largely driven by China (HKG & PVG) with growth around 30% but London Heathrow also saw an improvement on 3 out of 4 indices although at more modest levels (~3%) building on similar growth levels in March. Frankfurt, Chicago and Singapore origins all saw declines over March levels. There continues to be a dynamic market environment with operational crewing and permits continuing to impact some carrier operations.”

TAC Index says the differences by market can be seen in the performance of the China and Hong Kong markets, which continued to lead the way in terms of price strength, whilst the US and Europe saw a more volatile and mixed picture in April:

“In summary, the airfreight market continues to be strong, particularly CN/HK to US, and may continue, at least in the short term, with demand strengthening as countries relax lockdowns and subdued passenger travel continues to impact capacity. With the easing of Hong Kong quarantine rules for crew, Cathay Pacific, for example, are looking to restore their full market presence as soon as possible, which may dampen pricing,” Gareth Sinclair said.