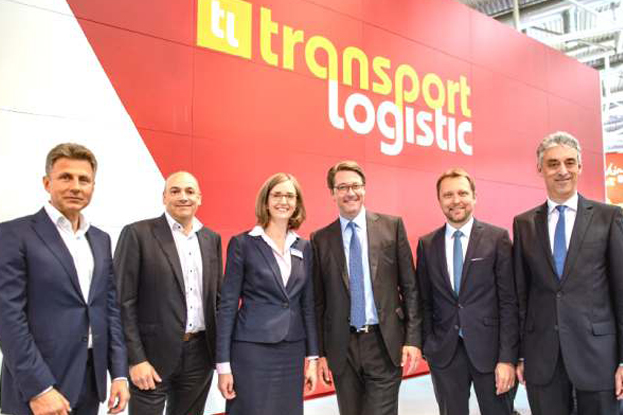 Despite the many uncertainties facing the air cargo industry and the logistics sector, industry experts are still convinced the future looks bright and their operations will become easier and more efficient with technology being integrated into the old systems. 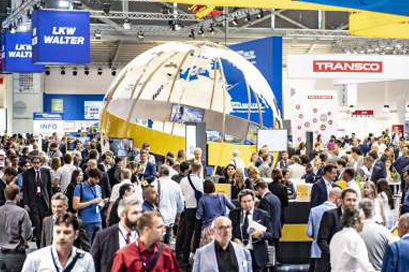 The largest logistics fair in the world heavily discussed the trade war between the US and China, the shortage of drivers and skilled staff while pinning great hopes on artificial intelligence to address their challenges.

“We saw strong growth from China, where the number of exhibitors almost doubled by 30 new ones to 64,” Rummel further stated. “Chinese companies are increasingly looking for cooperation partners in Europe as part of the Silk Road Initiative.”

The driver shortage was also one of the dominant topics. In addition to more attractive working conditions, artificial intelligence could help in the long term; this should make logistics chains more transparent and efficient overall.

Is Logistics in the Driving Seat? The major challenges facing the industry were discussed at the opening of a high-profile round panel discussion. “We need to make the growing traffic flows more eﬃcient and aﬀordable as well as environmentally and climate  friendly, ” Federal Minister of Transport Andreas Scheuer stated.

In reference to the global economy, DHL head Dr. Frank Appel expressed restrained optimism, “even though current relations between governments in the US and China are not conducive at the moment.” But: “ Goods ﬁnd their way despite customs disputes.”

The situation is currently also challenging for air freight, “which is a very volatile business. We have to be open to options and think in the long term,” Dorothea von Boxberg stated, Managing Director Product and Sales at Lufthansa Cargo AG.

Alexander Doll, Director of Finance, Freight Transport and Logistics at Deutsche Bahn AG, distinguished between global and intra-regional trade ﬂows: “We still see decent growth in the latter.” And Rolf

Habben Jansen, CEO of Hapag-Lloyd AG, explained that his company is well prepared: “We have been an active driver of consolidation in our industry over the past ﬁve years, enabling us to strengthen our overall market position signiﬁcantly.”

The average human brain is said to have about 100 billion neurons that are interconnected. Electrical impulses help transmit information between those neurons, enabling humans to learn, to draw conclusions and to think abstractly, Soloplan, one of the exhibitors at Transport Logistics echoed.

In artiﬁcial intelligence, artiﬁcial neurons trained by algorithms are used, Soloplan said but emphasized the goal is not to reproduce human intelligence but rather develop machine learning to enable systems to learn pattern recognition based on a large amount of data.

“The idea behind machine learning is that, based on training data, systems automatically learn speciﬁc models, such as sets of rules. Thanks to machine learning, companies no longer have to create models manually, which means that they do not have to spend time on deﬁning rules, checks and interpretations anymore,” it added.

The machine learning process it developed known as CarLo does the following: Transport planning data, such as shipment modes, dates, start and end points, loading items, loading weights and dangerous goods, is fed into the system and processed by an algorithm.

Soloplan takes pride in supporting more than 1, 000 customers worldwide but noted it is impossible to provide each customer with a customised machine learning model.

“Therefore, the machine learning algorithm must be able to perform all of the above-mentioned manual tasks automatically without human intervention. That is why Soloplan is developing a self – optimising pipeline, which can train a machine learning model autonomously. The latest version of the CarLo transport management system comes with this newly developed program, which will revolutionise transport planning,” the company said.

Soloplan and other companies engaged in software solutions believe using AI in the transport sector will make it work more eﬃciently , saving time and resources.

Prior to the event some 2,680 international logistics professionals were surveyed. They shared their optimism in the future despite political, business and economic challenges in the industry.

“The international logistics industry is optimistic. Forty-three percent of the logistics professionals surveyed
see the further economic development rather positively, and 41% believe it will remain stable,” Rummel shared.

“At the same time, the trend barometer of transport logistic shows that companies are facing the challenges, adapting and investing in future technologies,” he added.

The opinion research institute IfaD conducted the survey online among previous trade fair participants on behalf of transport logistic in February 2019. Seventy-two percent of the 2,680 respondents are in managerial positions. 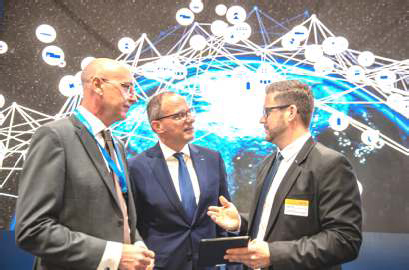 Despite many economic and political uncertainties, logistics professionals in Germany (1,599 respondents), other
European countries (868)and beyond (213) see economic development globally and in their respective countries as
rather positive (43%) or stable (41%). They feel ready to face the challenges.

Sixty percent of companies are taking measures such as efficiencyprograms to cushion a possible slowdown in the economy. In addition, 61% say they will adjust their supply chain or do so in the near future due to stronger trade conflicts and punitive tariffs. Staff shortages is the biggest challenge One of the biggest challenges facing  company, and 44% have already digitalized many processes and will do this with other ones. Sixty-four percent say their company invests sufficiently in digitalization. Thirtyfive percent of respondents reported their company works with start-ups to drive innovation.

Cooperation is a trend in city logistics C logged inner cities, area competition, challenge of the last mile – to make city logistics smart, fast and clean, the three most important measures are : cooperation with other participants (20%), alternatively powered delivery vehicles (17%) and the bundling of shipments from different
service providers (14%).

The diesel engine is under pressure, and consequently many companies are too. Twenty-eight percent of respondents say that (diesel) driving bans jeopardize the profitability of their company. Thirty-three percent already have alternative drives in use in their company, and 41% want to integrate alternative drives into their fleet in the near future. Only 11% want to retrofit existing vehicles. Overall, 54% of respondents say their company will invest in new vehicles.