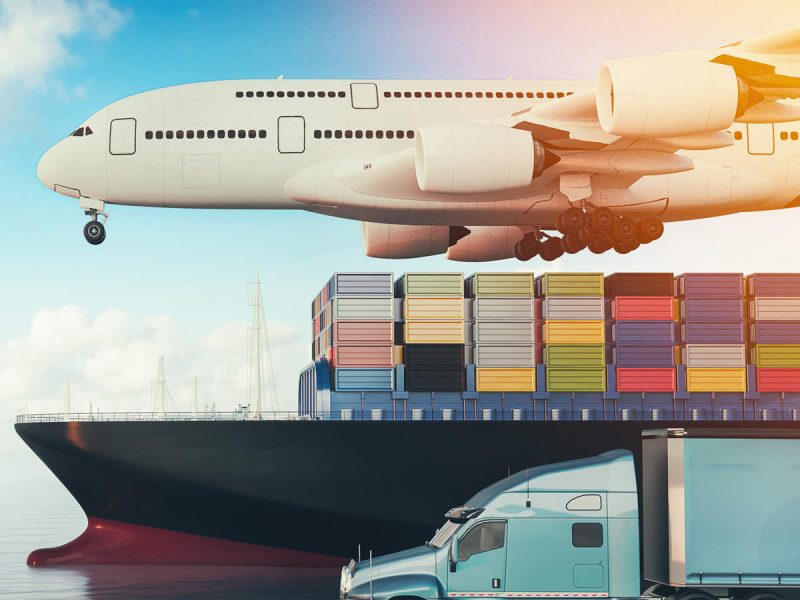 Air Cargo demand stable but at lower levels than 2019

While there is some month-to-month improvement, it is at a slower pace than some of the traditional leading indicators would suggest. This is due to the capacity constraint from the loss of available belly cargo space as passenger aircraft remain parked.

Global demand, measured in cargo ton-kilometers (CTKs*), fell by 13.5% in July (-15.5% for international operations) compared to the previous year. That is a modest improvement from the 16.6% year-on-year drop recorded in June. Seasonally-adjusted demand grew by 2.6% month-on-month in July.

Global capacity, measured in available cargo ton-kilometers (ACTKs), shrank by 31.2% in July (‑32.9% for international operations) compared to the previous year. This is a small improvement from the 33.4% year-on-year drop in June.

Belly capacity for international air cargo shrank by 70.5% in July compared to the previous year owing to the withdrawal of passenger services amid the COVID-19 pandemic. This was partially offset by a 28.8% increase in capacity through expanded use of freighter aircraft.

Economic activity continued to recover in July reflected in the performance of the Purchasing Managers’ Index (PMI), an indicator of economic health in the manufacturing sector:

o The new export orders component of the manufacturing PMI rose by 3.5 points compared to June, and was up 19.8 points since April

o The PMI tracking global manufacturing output returned to above 50, consistent with month-on-month growth in output

“Economic indicators are improving, but we have not yet seen that fully reflected in growing air cargo shipments. That said, air cargo is much stronger than the passenger side of the business. And one of our biggest challenges remains accommodating demand with severely reduced capacity. If borders remain closed, travel curtailed and passenger fleets grounded, the ability of air cargo to keep the global economy moving will be challenged,” said Alexandre de Juniac, IATA’s director general and CEO.

Middle Eastern carriers reported a decline of 14.9% in year-on-year international cargo volumes in July, an improvement from the 19% fall in June. Seasonally-adjusted demand grew 7.2% month-on-month in July–the strongest of all regions. This recovery was driven by the aggressive operational strategies of some of the region’s carriers. International capacity decreased 27.1%, the most resilient of all regions.

African airlines posted a contraction of 3.0% in July. This was down from a 3.8% increase in demand in June. The small Africa-Asia market continued to support the region’s performance. International capacity decreased by 33.7%.

Asia-Pacific airlines saw demand for international air cargo fall by 15.3% in July 2020 compared to the same period a year earlier. After a robust initial recovery in May, month-on-month growth seasonally-adjusted demand has softened. International capacity decreased by 32.0%.

North American carriers reported a single-digit fall in international cargo demand of 5.4% year-on-year in July. The stronger performance is due in part to strong demand on the transpacific, Asia-North America route, reflecting e-commerce demand for products manufactured in Asia. International capacity decreased by 30.9%.

European carriers reported a 22.4% annual drop in international cargo volumes in July. This was a slight improvement from June’s performance of -27.6%. Demand on most key trade lanes to/from the region remained weak. Large Europe–Asia market was down 20% year-on-year in July. International capacity decreased by 37.4%.

Latin American carriers posted a 32.1% drop in year-on-year international demand in July, down from a 28.6% decline in June. International capacity decreased by 44.5%. The drop in both demand and capacity was the most severe of all regions. The COVID-19 crisis is particularly challenging at present for airlines based in Latin America owing to strict lock-down measures. In July the Latin American air cargo market was smaller than the African market for the first time since these statistics have been reported in 1990.