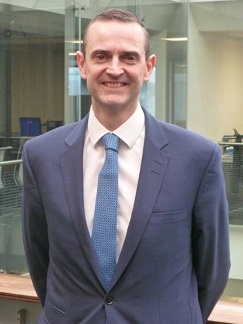 Allianz Global Corporate and SpecialtyFadden will take over his role with immediate effect from Michael Hansen, while Kadow will succeed current Global Head of Marine and Energy Simon Buxton from July 1, 2019.

Both will report directly to Paul O’Neill, Chief Underwriting Officer for Specialty, who will directly oversee the Energy line of business on an interim basis.

Fadden is currently Regional Head of Aviation for Regional Unit London and Global Airline Product Leader, and will maintain his leadership role upon taking up his new post.

He joined Allianz in 2004 and has held his current leadership roles since June 2016, prior to which he held a variety of aviation positions, including Senior Airline Underwriter, Airline Underwriting Manager and Global Airline Product Leader.

Fadden has over 30 years of aviation insurance experience and started his career at British Aviation Insurance Group/ Global Aerospace, where he worked as a Product Underwriter and Senior Airline Underwriter.

Kadow, meanwhile, is currently Chief Agent of AGCS Canada, and will maintain a dual leadership role for both the country and the Marine line of business until a successor in Canada is confirmed.

He originally joined AGCS in 2006 and has led the company’s Canadian business since May 2015.

While at AGCS, Kadow held a variety of positions across Europe, Asia and North America, and, prior to his move to Toronto, was Global Head of Package & Multiline, where he established the mid-market Property, Liability and Engineering business in Canada, Asia, South Africa, Australia and Denmark.

“I welcome both Tom and Ulrich to the Specialty leadership team,” said O’Neill. “They are both well connected with clients and brokers globally and bring a strong management track record as well as profound underwriting expertise.”

“I have every confidence that together we will further drive growth and profitability in our Specialty business in the future,” he added.