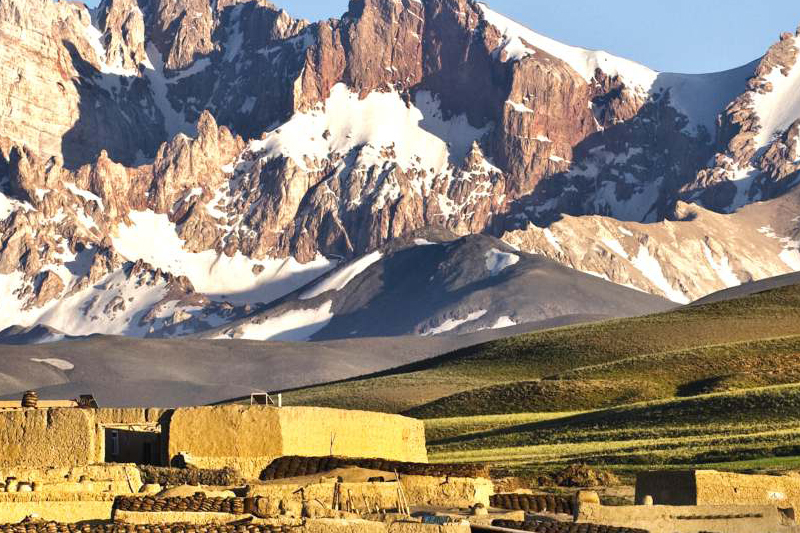 Afghanistan's quest for peace and stability

Battered by years of violent insurgency problems and armed conflict between the Taliban, the local government and American forces, Afghanistan had long suffered economically and politically though it is richly endowed with natural resources.

The war-torn Afghanistan has verified rich deposits of natural gas and petroleum—about 2.9 billion barrels of crude oil, 15.7 trillion cubic feet of natural gas and 67 billion liters of natural gas liquids, according to the US Geological Survey. It also has gold, copper, marble iron ore and other minerals, precious and semi-precious stones yet poverty remains rampant due to insurgency and the lingering war with the terror group Taliban, the longest war the US has waged in its history.

With no access to waterways to transport goods, the country relies heavily on air transport to connect to the global market and its future hinges on aviation and air cargo industries to bring about the elusive peace and stability that the more than 32 million Afghans have long been waiting for.

Dr. Mohammad Qasim Wafayezada, Director General of the Afghanistan Civil Aviation Authority (ACAA), said aviation is a vital lifeline to the country’s quest for peace and stability because it will bring employment, new opportunities and hope for the Afghans.

“Civil aviation is important for Afghanistan more than any other countries in the world because we are landlocked. We strongly rely on the aviation industry to support our economy,” Dr. Wafayezada told Air Cargo Update on the sidelines of the recently held Global Investment in Aviation Summit 2020 that the UAE government hosted in Dubai.

Dr. Wafayezada, a Monbukagakusho scholar who studied in Japan for more than ﬁve years for his Master’s Degree and Ph.D. focusing his research on ethnic politics, democratization and peacebuilding in post-conﬂict multi-ethnic societies, said aviation development in Afghanistan was setback by years of destructive war and political instability.

But he said the Afghan government had since initiated eﬀorts to reform political and economic priorities which involve investing in the country’s aviation infrastructure and programs to help transport Afghan products to the world. 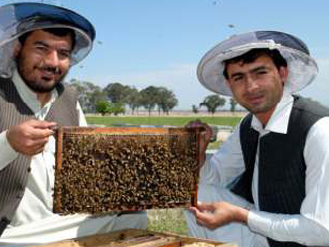 “No matter how small, aviation provides support to the country’s economy. About 70 percent of Afghanistan’s economy relies on agriculture so it would really help the farmers if their produce could be given the chance to be transported to the global market,” he said, noting that Afghanistan is known for producing high-quality agricultural products, especially fruits and nuts.

Afghanistan’s air space is equally valuable to others in the region. Geographically, it is the most eﬃcient way between Europe and Asia, saving time, jet fuel and other resources.

Situated about 16 kilometers of the capital Kabul, HKIA is used both for military and civil aviation. It is capable of housing more than a 100 aircraft. It has been expanded and modernized in recent years.

A new international terminal has been added with free Wi-Fi while the old passenger terminal had since been dedicated for domestic ﬂights. The Afghanistan Civil Aviation Director General said Japan International Cooperation Agency (JICA) funded the airport’s new terminal allowing it to now handle as much as 400,000 passengers.

HKIA is the hub for Afghanistan’s national carrier, Ariana Afghan Airlines, and supports a number of military bases used by the United States, NATO, and the Afghan Air Force with security provided by the Afghan National Police.

Cargo and passenger volumes in Afghanistan continue to grow despite the limited number of passenger and cargo ﬂights around the country amid security concerns. 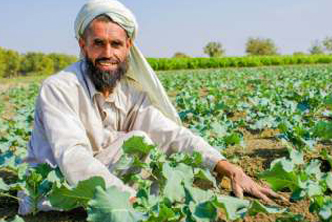 Overall passenger traﬃc in the country’s major airports—Kabul, Kandahar, Herat, and Mazar-i-Sharif –jumped to 2.6 million in 2017 from only 1.9 million in 2016.

In 2019, cargo volumes exported from Afghanistan rose to about 7,000 tons, mostly involving dried fruits and nuts, according to Dr. Wafayezada.

“We have exported around 7,000 tons of national products last year which has contributed signiﬁcantly to the economic growth of the country,” he shared. “A similar ﬁgure has been transported through normal ﬂights. It has a positive impact on the development of the country, especially in rural communities as Afghanistan’s economy is 70 percent agricultural.”

“We produce some of the best fruits in the region – pine nuts, apples, pomegranate, and many other varieties of fruits. We export them to China, Turkey, Saudi Arabia, the UAE as well as some countries in Europe,” he added.

Apart from agricultural products, Afghanistan is also poised to export gemstones with the government agreeing to open up its mining to private investors.

USAID (US Agency for International Development) Invest announced last year that Afghanistan is ready to accept 43 new large and small-scale mining projects in 16 of the country’s 34 provinces. Afghanistan Minister of Mines and Petroleum Nargis Nehan said tenders will cover a wide range of commodities including oil and gas, gemstones, copper, gold, marble, and talc.

Faced with shrinking foreign aid, Afghanistan had begun steps to revive its war-torn economy. Among its options is strengthening the aviation industry which requires massive resources. 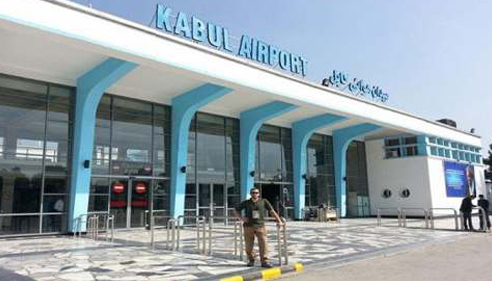 Documents submitted to the US Congress showed the US had initially planned to transition airspace management back to the Afghans by end 2014 but this did not materialize as scheduled. It was further recommended that Afghanistan develop an air cargo terminal at HKIA with “One-Stop-Shop” facility to streamline customs clearance procedures and expedite exports by air.

It was also recommended to create an “Export Processing Zone” to streamline the air cargo export bureaucratic and logistical process, reducing risk and transaction cost to exporters.

Anchal Chandra, PPP Expert/Financial Modeler of the Dubai- based consultancy ﬁrm Aero Asia, said all the preliminary work needed for HKIA development have been done and that Afghanistan is ready to take on investors for its PPP aviation projects. 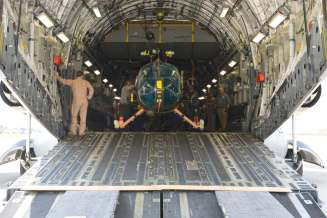 “We will be bidding all these projects. We will start the transaction advisory of these projects in the coming months,” she added noting that the Afghanistan aviation projects are supported by USAID and will get help from multilateral agencies oﬀering low interest rates with the winning bidder/s left to be responsible for operation and maintenance during the concession period.

Dr. Wafayezada said aviation is a fundamental pillar of any economy with one aviation job supporting three non-sector jobs, according to studies.

He’s hoping the reforms they are making at ACAA, one of the most transparent agencies in the Afghan government, will make a diﬀerence in the lives of many Afghans who are seeking employment and opportunities in a land tormented by violence for many years.

“Poverty breeds violence. In a country like Afghanistan, which is facing multidimensional challenges, it is diﬃcult to lead the civil aviation sector but we’re hoping to overcome those challenges and pave the way for positive change to take place. We are doing our best to be successful,” Dr. Wafayezada said.

“I hope that with these projects, we can facilitate the safe and secure air transport of passengers and cargo to bring more connectivity to Afghanistan to the region and beyond to lead the way for economic development,” he added. “We need to explore ways that could contribute to the country’s infrastructure development, poverty reduction, capacity building, improving education and medical services to the people.” 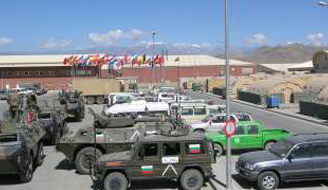 Dr. Mohammad Qasim Wafayezada began his aviation career in 2013 when he was appointed Deputy of Policy and Planning at Afghanistan Civil Aviation Authority (ACAA).

He was instrumental in enhancing the development of new policies, laws and regulations of the country’s civil aviation industry in collaboration with various ministries.

As Director General of ACAA, Dr. Wafayezada has dedicated his time and skills to reform what could potentially be Afghanistan’s major ally in rebuilding its economy, aviation.

Dr. Wafayezada has contributed immensely in overseeing discussions, negotiations and agreements to expand Afghanistan’s aviation footprint domestically and internationally as well as improving the country’s aviation infrastructure and technologies to enhance passenger and cargo connectivity.

Prior to joining the ACAA, Dr. Wafayezada served as a lecturer and held several leadership roles in nongovernment organizations. He studied for more than ﬁve years in Japan, earning a Master’s Degree and Ph.D. from the Kanazawa University. His doctorate research focused on ethnic politics, democratization and peacebuilding in post-conﬂict multi- ethnic societies