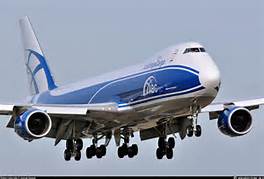 AirBridgeCargo starts the eROSITA X-ray telescope on its 1.5 million kilometre journey to produce a new map of the universe

AirBridgeCargo Airlines’ (ABC) reputation for the safe delivery of high value and sensitive shipments made it the perfect partner to carry the eROSITA X-ray telescope from Germany to Russia in preparation for its launch onboard the ‘SRG’ spacecraft in spring 2018. The telescope will ultimately produce a new map of the universe in X-rays, revealing how the largest cosmic structures evolve.

The eROSITA telescope is a joint venture project that commenced in 2007 between Russia and Germany. Following its launch next year, the telescope will take three months to arrive at its final destination some 1.5 million kilometres from Earth.

ABC’s involvement in the project began in 2016 when it was approached by DHL to support the transportation of the telescope in cooperation with the Max Planck Institute for Extraterrestrial Physics, close to Munich, Germany. The key consideration throughput the logistics process was to ensure the integrity of the telescope. Engineers from the Max Planck Institute were on hand to monitor the temperature environment and to make the final preparations before the shipment was loaded onboard one of AirBridgeCargo’s Boeing 747 freighters for its journey to Moscow and the premises of the Russian aerospace company, Lavochkin Association. In Russia, the telescope will undergo further testing before it is integrated with the Spectrum-Roentgen-Gamma (SRG) spacecraft, which also carries the Russian telescope “ART-XC”. Both instruments will be launched with a Proton rocket from the Baikonur launch site in Kazakhstan. In space, eROSITA is scheduled to perform eight surveys of the entire sky over a four-year period.

Walter Morris, Sales Manager at AirBridgeCargo, said, “We are very proud to have worked with our customer DHL on this transportation project. Along with our parent company, Volga-Dnepr Group, we have extensive experience of delivering highly sensitive space cargoes such as satellites, and this expertise was certainly invaluable in demonstrating our credentials to the partners in this project. Once in space next year, eROSITA will completely enhance the way we view the universe.”