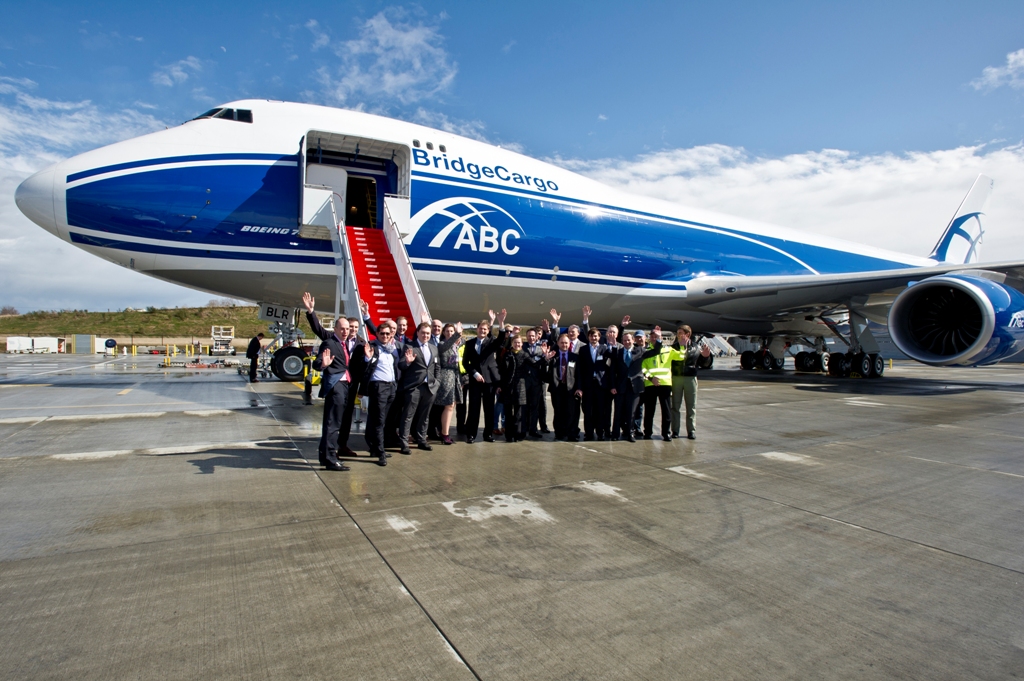 AirBridgeCargo Airlines’ (ABC) growth continued in November with 27% upswing in cargo carried compared to the same month a year ago.

Latest November, figures show that ABC transported over 50,000 tonnes across its global network serving Europe, North America and Asia Pacific with overall results for the first 11 months of 2015 being 20% up year-on-year amounting to 439,000 tonnes.

The airline’s FTK performance continues to be one of the highest in the airline cargo industry, supporting its reputation as one of the fastest developing air cargo carriers in the world – in 2015 in average ABC’s FTK’s rose by 25%.

“In 2015, ABC has continued following its growth strategy, which is based on a combination of operating a highly efficient fleet, network expansion to the points of production and consumption, developing niche destinations with limited belly capacity but stable cargo flows, and a high level of service quality delivered by skilled air cargo professionals. This year we have successfully leveraged our internal strengths and external opportunities and this continues to boost our optimistic outlook to the year-end,” said Denis Ilin, AirBridgeCargo’s Executive President.

This year has seen ABC continuing to invest in its fleet by taking delivery of two brand new Boeing 747-8 Freighters. The delivery in November was the first to be completed under the Memorandum signed with Boeing during the Paris Air Show at Le Bourget in June. At present, the airline’s fleet includes eight of this new generation aircraft type.

In support of its commitment to constantly improve the quality of its services, in September ABC moved from Test to Implementation Status for C2K reporting. According to the independent C2K report, AirBridgeCargo demonstrated DAP (delivered-as-promised) performance of 87%, becoming one of the top three airlines for this quality indicator – the criterion which has already witnessed positive feedback from ABC’s clients.

The airline’s growth in 2015 has been boosted by the addition of more prime cargo routes and greater connectivity across its network as well as the introduction of additional frequencies on existing routes. In Asia Pacific, new services to and from Singapore and Hanoi have extended ABC’s network in the region to a total of nine online stations. In Europe, it launched services to Helsinki, while its coverage in North America has been enhanced by adding Los Angeles and Atlanta. ABC now provides its customers with a choice of over 600 weekly connections with 48-hour delivery time (including ground handling procedures) for any published scheduled hub connection.

In 2016, ABC plans to focus further on developing its position as a leading global air cargo carrier by investing more in best-in-class freighters, concentrating on further network expansion and enhancement with introduction of additional frequencies on major markets (first of all, in the USA), increasing of connectivity options via its hub in Moscow (to offer all USA destinations from all on-line stations ex Asia) with imperative focus on schedule integrity and service quality and continuing to attract the best industry professionals to support the changing requirements of customers.