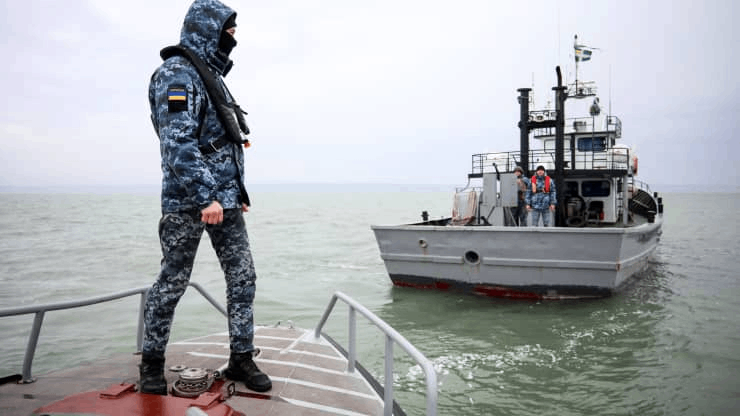 The forwarding sector said the airspace restrictions imposed by Russia, European states, Canada, the UK and in North America were forcing airlines to cancel and adjust services.

“Adjustments to flight schedules are unavoidable and increased transit times must be expected. As a result, we also expect a financial impact on airfreight rates,” warned Copenhagen-headquartered forwarder DSV. “We are not able to provide an exact estimate of the impact at this stage.”

It added: “Due to ongoing developments in the Russia-Ukraine conflict, several air carriers have stopped using Russian airspace. This will have a direct effect on air freight services in the coming period.

“DSV is in close dialogue with our carriers to find alternative routings to ensure we provide the best possible service for our customers.”

Kuehne+Nagel warned: “Due to the closure of the air corridors over Russia and Ukraine and the mentioned sanctions, we foresee capacity restrictions and, as a consequence, longer lead times.”

The forwarder pointed out that one of the most affected airlines will be Russian carrier AirBridgeCargo, which is blocked from European and North American airspace, two of its biggest markets.

“Overall we expect the current situation will trigger an immediate capacity constraint across transport modes, as well as pressure on freight rate levels, including oil price increases.”

SGL said that many airlines have already initiated to suspend a number of flights and design alternative routes, leading to extended flight time and increased fuel cost.

“Russian freighter carriers Airbridge and Volga are significantly impacted. They have canceled the majority of flights to/from Asia, with this having a significant overall capacity impact. Asian airlines are not banned from Russian airspace, however, note, we also see Asian-based carriers cancelling flights.”

Flexport said its research showed that average flight times on six key trade routes from Asia to Northern Europe have increased by 3.4% (range 0.6% to 6.9%) in the five days to February 28 compared to the December 1 through February 22 period.

“The most significant impact is the need for rerouting around the conflict zone, extending transit times, and increased carbon emissions,” Flexport said.

“Some flights between Asia and Northern Europe will need to be rerouted via new southerly routings over Saudi Arabia, amid restrictions linked to Iran, Syria, and Yemen.”

The company added: “It is worth noting that many flights from China and the northern part of Southeast Asia as well as South Korea and Japan typically travel north of the affected region.”

The forwarder pointed out that Antonov’s fleet of freighters – mainly used for heavylift operations – are also affected.

It said that all but five of its freighters were in Ukraine in the days before the start of the conflict.

The remaining five, all AN-124 class with 150 tons capacity each, landed in Europe or the US in the days before.

The forwarder added that several lease firms have reportedly confirmed they will end their contracts with Russian airlines.

The 43 jets of the Volga-Dnepr Group, which includes AirBridgeCargo, features 27 Boeing and 11 Antonov jets. For Aeroflot, 82% of its fleet are Airbus or Boeing planes.

Despite this, AirBridgeCargo has continued flying since the start of March with more than 15 flights completed, according to FlightRadar24. Destinations include Shanghai, Beijing, Hong Kong, Dubai, Shenzhen, Seoul and Bahrain.

However, Flexport said the loss of Russian cargo capacity will have less of an impact on the overall market than the extended transit times.